Edward Clement Yellowley, lawyer and politician, was born in Martin County, where his father, Edward Yellowley, settled after emigrating from England shortly following the end of the American Revolution. When E. C. Yellowley was a boy, the family moved to Greenville, where he received his early education at the Greenville Academy under J. M. Lovejoy, a noted southern teacher. After obtaining a bachelor of arts degree from The University of North Carolina in 1844, Yellowley became a lawyer and established a practice in Greenville. He also had some farming interests, owned a few slaves, and took an active interest in politics as a Whig. In the 1850s he was elected clerk of the superior court and then solicitor for the county court.

In 1847 Yellowley's strong political beliefs got him into grave personal difficulties with H. F. Harris, a member of the House of Commons from Pitt County. Harris, objecting to some of Yellowley's political statements against him, demanded satisfaction in a duel. The duel was delayed for a while because of interference by local authorities, but on 1 Oct. 1847 it took place near Portsmouth, Va. At the first firing Yellowley shot his pistol into the air. His opponent shot his through Yellowley's hat. Yellowley hoped that that would satisfy Harris, but the legislator demanded a second firing. This time Yellowley took deliberate aim and shot Harris through the heart, instantly killing him. Yellowley never spoke of this affair and always regretted it. 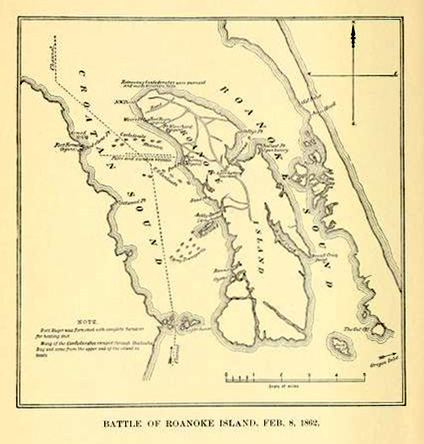 In 1860 he supported John Bell for president and opposed secession. After Abraham Lincoln's election, however, he switched sides and became an ardent supporter of the Confederacy. In 1861 he raised a company; commissioned a captain, he was assigned to Company G of the Eighth Regiment. In February 1862 he was captured at Roanoke Island but was paroled three weeks later and rejoined his regiment. In July 1863 he was promoted to major and in October to lieutenant colonel in the Sixty-eighth Regiment of North Carolina State Troops.

Although greatly respected by his men, Yellowley experienced a very embarrassing incident late in the war. His troops, wearing long cape overcoats, were marching just before dawn near Hamilton, N.C., at Butler's Bridge. Unbeknownst to Yellowley and his men, they were advancing side by side with the enemy, with Yellowley riding next to the Union colonel. Reportedly, Yellowley thought that the other man was another Confederate colonel's body servant. He did not discover his error until the Federal officer issued a command to Yellowley, thinking that he was his courier. When Yellowley did not obey the command, both colonels realized the situation, the troops separated, and a face-to-face skirmish ensued. Soon both sides retreated.

Throughout the Civil War Yellowley retained his interest in politics. In 1862 he was an unsuccessful candidate for the Confederate Congress as a strong supporter of the war. In 1864 friends urged him to run for the state legislature. As one of them noted, Yellowley was sought because he would "properly represent the interests of the Southern cause" while still devoting himself "to the welfare and honor of North Carolina." According to the friend, Yellowley was "conservative in principle, but not too conservative "; he would not support peace meetings or "convention schemes."

After the war Yellowley served one term (1865) in the House of Commons. Though he remained an active Democrat, he held no further political office. Instead, he built a large, lucrative law practice, accumulating a substantial fortune. Late in life his health failed, so he moved to Asheville to recuperate and died there. He was buried in Cherry Hill Cemetery, Greenville. Yellowley never married.

Samuel A. Ashe, ed., Cyclopedia of Eminent and Representative Men of the Carolinas, vol. 2 (1892).

Walter Clark, ed., Histories of the Several Regiments and Battalions from North Carolina in the Great War, vols. 1, 3 (1901).