The Carolina Power & Light Company (CP&L) was chartered by the state on 13 July 1908. The creation of CP&L represented the merger of three existing companies, the Raleigh Electric Company, the Central Carolina Power Company, and the Consumer Light and Power Company. The fledgling CP&L had 983 Raleigh customers billed at a base rate of $1 per month and 15¢ per kilowatt-hour. Early expansion was in the Henderson and Oxford area with the 1911 acquisition of the Oxford Electric Company. The following year, CP&L gained controlling interest in the Asheville Power and Light Company and bought the Goldsboro system, thus forming the basic service area of the company for years to come. 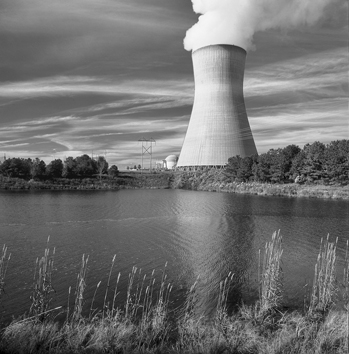 The World War I period was one of increased commercial use of electricity, particularly in cotton mills and fertilizer factories. Expansion was somewhat hampered by scarcity of materials as a result of the war effort, and few transmission lines were expanded during that time. Following the war and through the 1920s, uses for electricity increased, particularly at the domestic level. Refrigerators, irons, washing machines, and ranges dramatically changed lifestyles at home, while electric trolley cars changed the urban environment. In 1926 CP&L received a new charter, consolidating its holdings into one new company.

At a May 1941 meeting on national defense, the CP&L board of directors authorized numerous expansion programs geared to providing increased service to mills and serving the growing number of military installations within the company's service area. The expansion also provided a base for meeting the domestic demand following the war's end.

In its first 50 years of operation, the company relied on power from coal, oil, and water for electric production. In 1955 the company began investigating nuclear energy possibilities by sending 30 employees to study at North Carolina State University, the first campus in the country to have a nuclear reactor. CP&L entered the nuclear age in 1966, when construction began at the Robinson Plant near Hartsville, S.C.

The 1970s and 1980s were marked by the increased emphasis on nuclear generation due to the threat imposed by the oil embargo. Nuclear power, however, was not popular with the public, especially after the 1979 accident at Three Mile Island Nuclear Power Plant near Harrisburg, Pa. Difficulties in operation of CP&L's Brunswick Plant-the state's first nuclear power plant, completed in 1975-and the increased cost of the Shearon Harris Nuclear Power Plant near New Hill created difficult times for CP&L. Increased regulation, public opposition, and the positive effects of conservation measures caused the company to reconsider its nuclear program. Planned to have four reactors, the Shearon Harris Plant was ultimately scaled back to only one.

Verizon Wireless wants a cell tower in Archer Lodge. Who could I speak with about a ground lease on parcel # 16J03029,; 7152 COVERED BRIDGE RD, WENDELL, NC 27591, where there is a substation?

Thank you for your question. This is an encyclopedia article about Carolina Power & Light Company. CP&L has merged with Duke Energy - I recommend contacting Duke Energy directly: https://www.duke-energy.com/home.

When CP&L merged with Florida

When CP&L merged with Florida Progress in July 2001, did CP&L shareholders end up with the same # of shares of Progress Energy? Or was there a conversion ratio? Can't get definitive answer by Googling.

I suggest contacting Duke Energy and their website is http://www.duke-energy.com/

I have a few CL&P Common

This is an enclyclopedia article about CP&L, not a company site. They merged with Duke Energy and their website is http://www.duke-energy.com/

I have a certificate from my

I have a certificate from my days working at CP&L for my participation in the CP&L Corporate Owned Life Insurance program. I am updating my important papers for my heirs, and called the number on the certificate (919) 546-6111. I think that number is now a phone system for another company! When I try to call 800-452-2777, 888-465-1300 or 919 508-5400, I get told to call numbers that are, effectively, all for Duke Energy. But none of the customer service reps can connect me to someone who knows anything about this. One rep had never heard of CP&L. Can you point me in the right direction, please!

You do need to speak to Duke

You do need to speak to Duke Benefits and I think a Corporate Owned Life Insurance Program death benefit comes through their Progress Florida unit.
I'd like to know if they had COLI's in the 1984-2000 period. Or were they group policies later converted to COLI's later around 2012 and 2016?

Thank you for visiting NCpedia and asking your question. NCpedia is an online encyclopedia of North Carolina information and this is a page with historical information about Carolina Power & Light, and unfortunately, we are not able to help you directly with your question. I suggest contacting Duke Energy at 800.488.3853 or calling the regular customer service line 800.452.2777 and asking for human resources.

Do you have any pictures of

Do you have any pictures of the old CP&L red and brown vehicles? We used to call them the “mud and blood” trucks