The Charlotte Hawkins Brown Museum is located in eastern 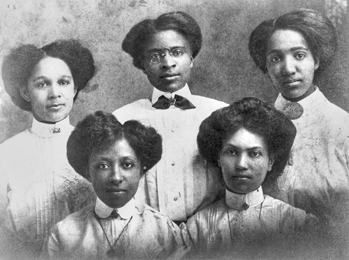 Guilford County at the site of the former Palmer Memorial Institute, which Brown founded in 1901 as a private school for black children. Brown was born in Henderson in 1883 but grew up in Cambridge, Mass., and graduated from a public high school there. She returned to North Carolina in 1901 to teach in a church school at Sedalia under the American Missionary Association. The school closed after one year, but in 1902, after obtaining financial support from friends in New England, Brown opened the Palmer Memorial Institute, naming it after the president of Wellesley College, Alice Freeman Palmer, who had befriended her back home. It began in a log house, but by 1908 the school owned three substantial buildings and 200 acres of land. Later it became a preparatory school for middle- and upper-class blacks.

An excellent teacher and fund-raiser, Brown received support from blacks and whites in both the South and the North. New England businessman and philanthropist Galen L. Stone and his family were by far the most generous supporters of her school. As the years passed, Brown suffered age-related problems but retained ultimate power as the school's financial officer for several years after giving up the presidency that she had held for 50 years. She died on 11 Jan. 1961, the recipient of six honorary degrees.

Described as "one of the most significant experiments in Negro education in the country," Palmer Institute fell victim to the desegregation of education in North Carolina. The school lost the generosity of previous contributors, who were uninterested in supporting what undoubtedly would remain a segregated school, and a new generation of African Americans saw little need for the school's continued operation. Thus, both the white and the black communities began to abandon Palmer for other interests and schools. 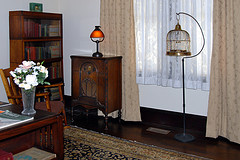 After the Alice Freeman Palmer Building burned to an empty shell in February 1971, questions about the school's future became acute. Although plans for the new year were complete, the trustees abruptly closed the institute in the summer of 1971. The property was ceded to Bennett College, which sold a portion of it to the Chicago-based American Muslim Mission in 1973. The Muslim Mission intended to use it as a training center for missionaries, but by 1980 internal difficulties within the mission ended long-term plans for the site. A few years later a group of alumni and friends of Palmer Memorial Institute made plans to preserve it as a memorial to Charlotte Hawkins Brown. They began to raise money and to seek state funding to purchase the buildings and grounds.

In 1983 the General Assembly appropriated funds for the purchase of the site and its 14 buildings. Four years later, the Charlotte Hawkins Brown Museum was designated a North Carolina State Historic Site; in 2006 it remained the only state historic site dedicated specifically to the achievements of an African American and a woman. Five of the site's buildings are official projects of Save America's Treasures, a public-private partnership dedicated to the preservation of the country's irreplaceable cultural and historic resources.

Constance H. Marteena, The Lengthening Shadow of a Woman: A Biography of Charlotte Hawkins Brown (1977).

I thought I read you could

I thought I read you could purchase copies or reprints of The Correct Thing to Do, to Say, to Wear by Charlotte Hawkins Brown for $15.00 each. An educator, Ms. Neal is looking for these to teach classes in Greenville, SC.

You might want to contact the museum to see about copies. Their site is located at https://historicsites.nc.gov/node/51.

Sure wish I would have been

Sure wish I would have been introduced to Ms Brown during my school years. Smart important lady from my home state.