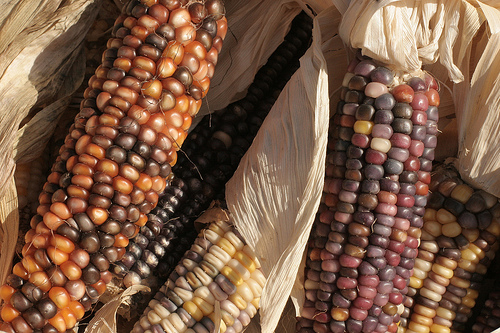 What did you eat for dinner last night? That’s pretty easy to remember, right? What about your dinner a year ago? Stumped you on that one, I bet! Now think about trying to learn what Native peoples in North Carolina ate thousands of years ago. Archaeologists face this challenge when
they study the past.

Digging to unearth information about how people lived in the past is called archaeology. Archaeologists are the specialists who do this work. They dig in places where people have lived and worked. On these sites, archaeologists find physical evidence of homes, gardens, cooking pits, and items left behind by earlier people.

Archaeologists learn about the diet of the American Indians who lived first in North Carolina in several ways. When Native peoples prepared food and ate meals, they threw away animal bones, marine shells, and other inedible food remains like eggshells and crab claws. These items can survive in the ground for thousands of years. Other food evidence includes seeds, corncobs, and microscopic traces of plants such as pollen. Archaeologists find many of these types of food remains. By studying them, they draw conclusions about what the first North Carolinians ate.

As an example, let’s look at American Indians who lived five to six hundred years ago in the eastern part of the state. These tribes included the Tuscarora, Meherrin, Waccamaw, Coree, and Nottoway. They were farmers living in small villages. In addition to growing corn, squash, and beans, they hunted, fished, and gathered wild plants. Animal bones found in cooking pits and trash dumps show they ate deer, bear, raccoon, opossum, rabbit, turkey, and turtle.

Fish and shellfish—such as clams and oysters—formed an important part of these American Indians’ diets. Archaeologists made one unusual find in Onslow County in 1995. While studying the burial site of a woman who lived around six hundred years ago, they discovered walnut-sized clumps of fish bone. The mullet and pinfish bones were found where her stomach had once been. They were remains from her last meal!

Traces of plants found in cooking pits include burned corncobs and kernels, acorn shells, and hickory nuts. Archaeologists also find seeds and pollen from wild plants like maypop and garden plants, including pumpkins and beans.

Other finds can include objects used to get or prepare food. Native peoples used stones to weigh down fishnets made from woven plant fibers. They carved fishhooks from bone and made garden hoes from stone. They ground corn and other plants into flour with milling stones.

American Indians left behind many kinds of evidence of their eating habits. Using these traces, archaeologists gain a better understanding of North Carolina’s Native peoples’ meals and how they got them.

At the time of this article’s publication, Dr. Patricia M. Samford served as the site manager at Historic Bath State Historic Site. She is the coauthor of Intrigue of the Past: North Carolina’s First Peoples.

Indigenous food and traditions at NativeTech

National Museum of the American Indian

What did the cape fear

What did the cape fear indians eat? Please answer quickly.

I found amazing stuff on my

I found amazing stuff on my school project on this app

what games did they play?

what games did they play? Please answer right away, as this is a time sensitive project that we are supposed to finish today

Here is an additional article specifically on lacrosse:

I hope you find these helpful.

I need to know some Meherrin

I need to know some Meherrin tribe traditions, please.

I have found an article (which also includes contact info for the Meherrin Tribe) that I think you will find helpful:

what do they live in

what do they live in

Yeah what do they live in!!,

Yeah what do they live in!!,