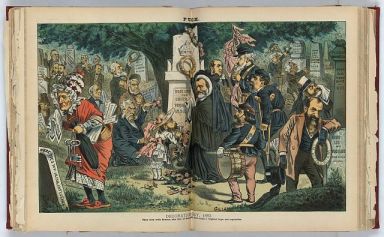 Decoration Day in North Carolina is the name used to describe a variety of ceremonies held in tribute to God, deceased loved ones, country, or community history. The date of a decoration day depends on the type of ceremony. Fixed dates usually accompany tributes to military dead, but many individual churches schedule their own ceremonies to coincide with reunions and other special events.

Honoring the dead after burial has roots in ancient Europe and Asia. Similar Christian traditions can be traced to the Roman Catholic All Souls' Day, a time to decorate graves with flowers and wreaths. African American forms of decoration day appeared in the coastal colonial South with similarities to ceremonies performed in West Africa and the Caribbean. Slaves sometimes held second burial ceremonies months after the original burial. Ceremonies involved music and dance around the grave sites of persons honored, and evidence exists of some slaves commemorating dead ancestors annually.

Official decoration day services in America probably date from the Civil War, as the practice of decorating the graves of dead soldiers became commonplace in many states. In 1865 Adj. Gen. Norton P. Chipman and Gen. John A. Logan recommended that a date be set for an annual decoration of the graves of Union dead. The veterans' organization, headed by Logan and Chipman, supervised a 30 May "Decoration Day" beginning in 1868. The American Legion took over its duties after World War I. On 28 June 1968, President Lyndon B. Johnson designated the last Monday in May as an official Memorial Day, a federal holiday and a time of honoring military dead.

The religious events known as decoration days in many North Carolina churches sometimes occur on Memorial Day weekend, but they are usually held on a Sunday between late spring and early fall to accompany revivals and reunions. Decoration days in rural cemeteries replace the perpetual care found in larger urban areas and allow graves that would otherwise remain neglected to be decorated. Most of the grave maintenance takes place the weekend before decoration day, and includes clearing of brush, removal of old flowers, straightening of tombstones, and mounding of earth atop the grave sites. Actual decoration day ceremonies start with a church service followed by placement of wreaths and flowers on the graves.

Decoration ceremonies in the Great Smoky Mountains National Park of North Carolina reflect the way some communities continue to venerate a particular locale that is important to their history. The Little Cataloochee Baptist Church and the Methodist Palmer's Chapel in Big Cataloochee hold annual decoration ceremonies, church services, and dinners to honor ancestors who were forced to leave the area to make way for the park. The road to the Little Cataloochee church is only open once a year for the reunion to enable participants to bring grave decorations and food. Road access to cemeteries in the Hazel Creek area of the park in Swain County was flooded with the creation of Fontana Dam in the 1940s. Family members of persons buried in the cemeteries often rely on boat transportation to bring wreaths and flowers for grave decorations.