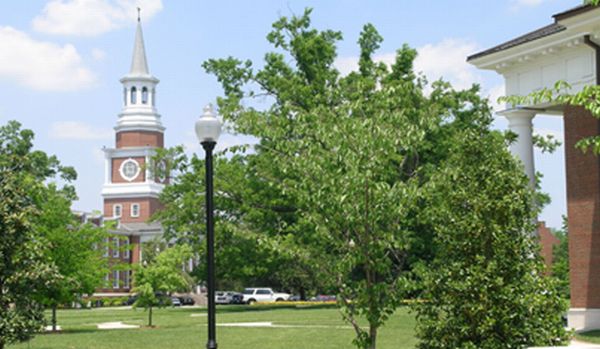 High Point University, situated in southwestern Guilford County, was founded in 1924 by the Methodist Protestant Church. Led by Joseph F. McCulloch, Methodists desiring to build a college in North Carolina secured a financial commitment from their church and a site from High Point, a growing city with the greatest number of Methodists of any community in the state. Methodists dominated the board of trustees during the college's early years, a period marked by economic struggle and determined development under presidents Robert M. Andrews and Gideon I. Humphreys. The establishment of the United Methodist Church in 1939 brought economic stability and a change in leadership. After the resignation of Humphreys, Dennis H. Cooke assumed the presidency and won national accreditation for the college. He then stepped aside in favor of Wendell M. Patton, who promoted the growth of the institution during a presidency of 21 years.

High Point College became a university in the fall of 1991, offering master's degrees in three areas: business administration, management and international management, and administration of nonprofit organizations. By the early 2000s it had an enrollment of approximately 3,000 students, with some 500 of these enrolled at the school's Madison Park campus in Winston-Salem.