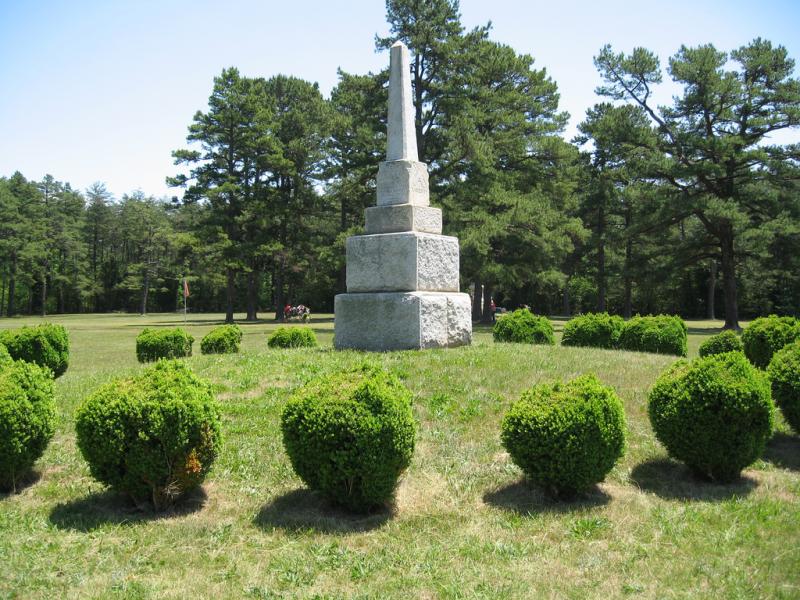 Regulator Movement in mid-eighteenth-century North Carolina was a rebellion initiated by residents of the colony's inland region, or backcountry, who believed that royal government officials were charging them excessive fees, falsifying records, and engaging in other mistreatments. The movement's name refers to the desire of these citizens to regulate their own affairs. An unfair system of taxation prevailed under which less productive land, such as that in the western and Mountain regions, was taxed at the same rate as the more fertile, level soil of the Coastal Plain. These and other hardships contributed to the Regulators' feelings of sectional discrimination and deep distrust of authorities rooted in eastern North Carolina. Led by men such as Rednap Howell, James Hunter, and Herman Husband—considered the movement's chief spokesman—the Regulators organized a resistance to these abuses, first through protest and ultimately through violence.

Modern scholarship has focused on the role that evangelical Christianity may have played in shaping the social and political ethos underpinning the Regulator rebellion. The religion of Husband and other Regulators—frontier Protestants who were members of Baptist, Presbyterian, Quaker, Moravian, and other evangelical or pietistic sects—emphasized an individualistic approach to church, salvation, and personal morality that profoundly influenced their understanding of public relationships and economic issues. Ultimately, it has been argued, this fervent brand of Christian faith bonded the Regulators together and fueled their antiauthoritarian stance toward what they believed to be an unjust, essentially "evil" governmental structure. Women, although not officially recorded as participants in the movement, undoubtedly played essential roles as supportive and influential partners in the spiritual development of the Regulators as well as advocates of their cause.

Residents of the frontier counties of Anson, Orange, and Granville (much larger then than today) began to protest publicly in 1764. Many appointed, rather than elected, officials became targets of numerous threats and violence, including sheriffs, tax collectors, registrars, court clerks, and judges. Royal governor Arthur Dobbs issued a proclamation against the taking of illegal fees, but that directive was ignored. Dissatisfaction grew and unrest spread among the people. A new governor, William Tryon, arrived in 1765; he was a veteran army colonel and became the cause of renewed unrest, in part after he occupied a large new building—"Tryon's Palace," designed as both governor's home and capitol, which he constructed in New Bern at public expense. 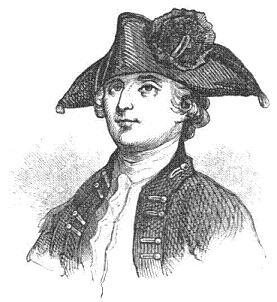 Officials grew concerned for their own safety in 1770 after a mob seized a county officer against whom it held grievances—the much-despised Edmund Fanning, a corrupt multiple-office holder in Orange County—grabbed his heels, and pulled him down the stairs, banging his head on each step. The home of another official was entered and his personal possessions were thrown out the window.

When a special term of court was called in Hillsborough in 1771, the judges hesitated to attend and Tryon called out the militia to protect them. The Regulators sought a public meeting with colonial officials to discover "whether the free men of this [Orange] county labor under any abuses of power or not." The officials ignored the call for a discussion as well as a request for an explanation of other recent events. Their failure to respond precipitated further determination and closer bonding among the Regulators. As a governor appointed by the Crown as well as a trained and experienced army officer, Tryon would brook no such action as he anticipated from the men of North Carolina. With the approval of the colonial Assembly, the governor called out the militia, and at its head led his army from New Bern, the capital, to the western frontier intent on settling the question of authority in his colony.

West of Hillsborough where they were camped, the Regulators on 16 May 1771 tried once again to confer with Tryon. They could do so, he replied, only if they dispersed and laid down their arms within the hour. This infuriated the Regulators. When they made no response, Tryon sent an officer to say that unless they disbanded promptly he would fire on them. "Fire and be damned" was their answer, and orders were issued. Training and adequate supplies contributed to the militia victory in the famous two-hour engagement known as the Battle of Alamance. Tryon's men lost 9 killed and 61 wounded. Largely untrained frontiersmen, the Regulators took cover behind large rocks and trees and removed their casualties promptly, so there is no reliable count of their losses.

The militia took a few prisoners, one of whom was hanged without even the show of a military court. Although the execution was reported to have occurred on the battlefield, Tryon noted that it took place at Great Alamance Camp the next morning. Of the 14 captives tried at a special term of the superior court, 12 were convicted of treason and sentenced to death. Altogether 6 were hanged, but on Tryon's recommendation the remainder were pardoned by King George III.

Tryon issued an offer to pardon, with few exceptions, anyone who swore an oath of allegiance to the royal government. The Regulators generally took advantage of this offer, and within six weeks 6,409 had complied with its terms. The governor actually was more generous to the Regulators than the legislature was. When the British government suggested that the Assembly enact a general amnesty, the two Houses could not agree on its terms and the proposal failed to pass.

By then, most of the leaders of the Regulator Movement were either dead, in exile, or in hiding, and the rebellion's ordinary soldiers were scattered and disheartened. Many simply returned to their former way of life, but a few moved away. Some formed a settlement on the banks of the Mississippi River near the site of Memphis, but later, when some of Tryon's former militiamen appeared in their midst, they packed up and moved farther away. The coming of the American Revolution soon erased the differences between the two groups of Carolinians. Many men from both sides joined in the fight for independence from Britain and served together in a common cause.