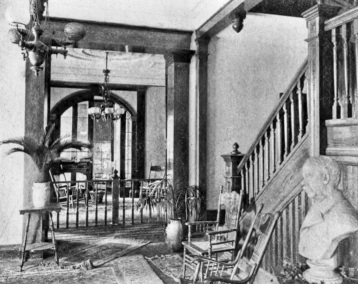 The Keeley Institute was incorporated in September 1891 and opened the next month in the Central Hotel Building at Elm and Market Streets in the center of Greensboro. It was reincorporated on 20 Mar. 1892, with Col. W. H. Osborn of Greensboro as president and chief stockholder and Benjamin N. Duke and James Buchanan Duke among the other stockholders. The institute's purpose was the rehabilitation of alcoholics and drug addicts through a program developed by Leslie E. Keeley, who founded the original institute in Dwight, Ill., in 1879. 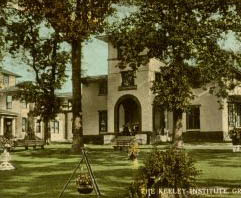 success" through use of his "Double Chloride of Gold" remedies. Described as rational and scientific, Keeley's method for use of this substance would result in the "restoration of poisoned and narcotized nerve cells to a healthy condition." This meant an end to cravings-six weeks for alcohol and four weeks for drugs. The Keeley treatment began with a thorough physical examination, followed by daily checks by physicians, careful laboratory work, and reconstructive remedies taken under "daily medical direction." Recreational activities also were used to restore patients to a "normal" medical state. In the early years the institute's services were limited to male patients, but later women were admitted. At one time there was a Keeley Institute in every state. The reasons for the institute's demise likely included the rise of Alcoholics Anonymous, the enlargement of state institutions, and the recognition of alcoholism as a disease.