James Applewhite: The Essences Of Things

Born in Stantonsburg, in Wilson County, in 1935, James Applewhite is one of our nation's most acclaimed poets and an English professor at Duke University. At his home by the Eno River, he told me about his beloved grandfather, W.H. Applewhite. The story of his grandfather's life captures that moment around World War II when the South teetered between the old ways and the new, mules and tractors, a rural past and hell-bent future. It speaks to what was gained, and lost, in that world's passing. 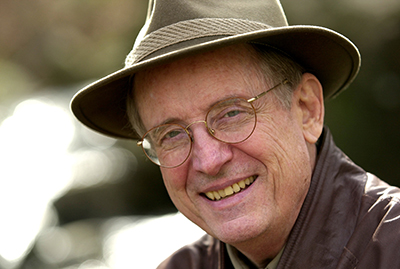 David Cecelski is the Whichard Distinguished Visiting Professor in the Humanities at East Carolina University.

Seward, Chris. "James Applewhite."  Photograph. 2001. To request permission for further use or to purchase a print, please contact the News & Observer.