On the Outer Banks the other day, I was listening to small-plane pilot Dwight Burris and charter boat captain Ernie Foster telling stories about Hatteras Island. The two old friends were talking about 'old drum.' The big drum, also known as channel bass or red drum, are the fish about which Hatteras old-timers dream.

Historically, island cooks prepared old drum for their finest feasts. Wives stewed them for their husbands' birthdays, and mamas cooked the dish for children when they came home from college or wars or whatever else pulled them off the island.

Dwight and Ernie started talking about old drum by recalling how much Ernal Foster, Ernie's father, loved them. He was the legendary captain and owner of Hatteras' Albatross fleet, the charter boats that first made the village 'the billfish capital of the world' in the 1930s. 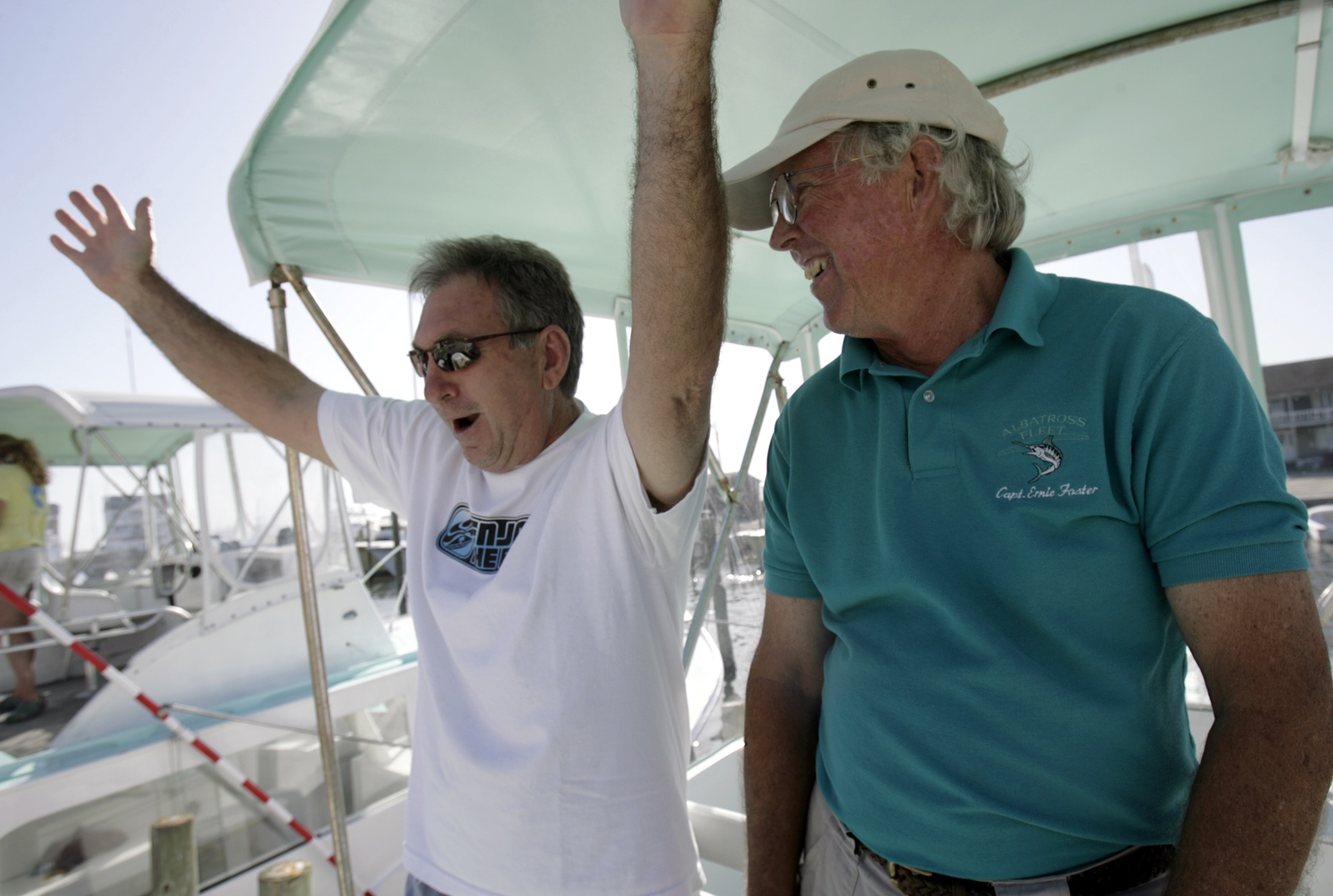 Seward, Chris. "Dwight Burris And Ernie Foster."  Photograph. 2007. To request permission for further use or to purchase a print, please contact the News & Observer.