Museum of the Albemarle 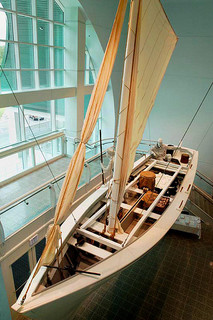 The Museum of the Albemarle in Elizabeth City chronicles the story of the people of the first region of North Carolina opened to European settlement through permanent and changing exhibits, presentations, and programs. This state museum is operated by the North Carolina Museum of History as one of its three regional branches. In addition to interpreting the history and culture of northeastern North Carolina, the museum furnishes technical assistance and services to local historical agencies and museums in the ten-county Albemarle Sound region.

The Pasquotank Historical Society conceived the idea for the Museum of the Albemarle in the 1950s, but the facility did not open until 1967, 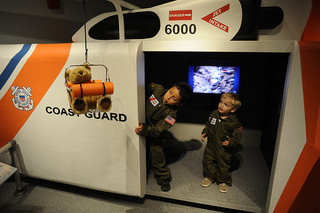 when the county donated the old highway patrol building south of Elizabeth City to function as its home. Susan Stitt served as its first director. A twenty-fifth anniversary celebration in 1992 featured a gala event sponsored by the North Carolina Museum of History Associates and the installation of a remodeled permanent gallery. The museum moved to a new 50,000-square-foot facility on the Elizabeth City waterfront in 2006. Visitors to the museum can enjoy permanent exhibits that include "Inez," a steam-pump fire engine from the 1880s, the museum's signature artifact; rotating exhibits on specialized topics; "Hands on History" presentations; lectures; audiovisuals; and a gift shop.

Coast Guard exhibit at Museum of the Albemarle. Image courtesy of the U.S. Coast Guard. Available from https://www.flickr.com/photos/coast_guard/5586842749/ (accessed August 24, 2012).