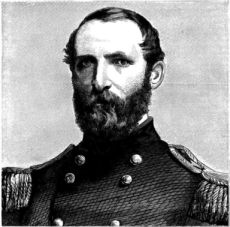 The Union capture of New Bern in March 1862 was a severe blow to the Confederacy. The second-largest town in North Carolina and an important railroad and river trade center, New Bern became a base for Union raids against railroads and communications in the interior. The Confederates attempted to recover the town three times: in March 1863, February 1864, and May 1864.

The first expedition was in concert with operations in southeastern Virginia intended to put Union forces on the defensive in eastern North Carolina. The goal was to recapture New Bern or at least contain its Union defenders in order to gather supplies and provisions from adjacent areas. In March 1863 Maj. Gen. Daniel H. Hill attacked New Bern with 13,000 Confederate troops. Maj. Gen. John G. Foster, commanding at New Bern, held the town with a greatly reduced force. Hill's plan included a siege of heavy cannon firing from the north, an infantry assault from the southwest, and a cavalry advance to cut the Atlantic & North Carolina Railroad in order to isolate the New Bern garrison.

On the afternoon of 13 March, Hill's men overran a Union outpost at Deep Gully, eight miles southwest of New Bern. The next morning, Brig. Gen. James J. Pettigrew's cannons opened fire on both Fort Anderson and Union gunboats in the river. But the Confederates could neither significantly damage the fort nor drive off the gunboats, which bombarded them from far out on the river. Accordingly, Pettigrew abandoned the attempt and retired along the same route on which he had advanced. Because Pettigrew's success was essential to the operation, Hill had no choice but to withdraw. Despite his failure to recapture New Bern, Hill turned his attention to a similar operation against Washington, N.C., two weeks later. 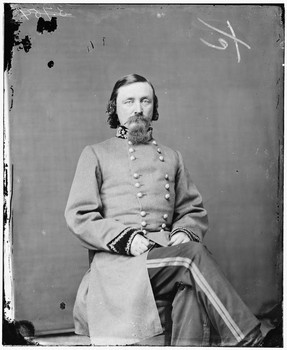 Command of the second expedition to recapture New Bern was given to Maj. Gen. George E. Pickett, who assembled 13,000 Confederates at Kinston in late January 1864. Pickett divided his force into three columns, which were to converge on the town from three directions: from the north bank of the Neuse River to capture Fort Anderson, from the south bank of the Neuse to seize the Union works there, and directly from Kinston. Meanwhile, Confederate troops would prevent the arrival of Union reinforcements from Morehead City and capture Union gunboats on the Neuse. Approximately 5,500 Union soldiers, led by Brig. Gen. Innis N. Palmer, defended New Bern, sheltering behind formidable earthworks and forts ringing the town.

When the attack was launched on 1 February, Confederate forces dispatched to the north and south banks of the Neuse found the Union defenses impregnable. Advancing from Kinston, Pickett halted before the powerful line of defensive forts and works ringing the city's western side. His column was not strong enough to carry the works alone, and he was unable to bring another column around to join him in time for a frontal assault. Pickett was thus compelled to abandon the entire operation and return to Kinston. Although the prize of New Bern eluded them, the Confederates captured and destroyed the Union gunboat Underwriter and destroyed the Union base at Newport Barracks before their advance on Morehead City was interrupted.

The third and final Confederate assault on New Bern, in May 1864, was commanded by Maj. Gen. Robert F. Hoke. He planned to attack the town's defenses from both land and water with the cooperation of the Confederate ironclad rams Albemarle and Neuse. Although the Neuse was still unfinished, it was thought that the mere presence of the rams would neutralize any threat from Union naval vessels defending the town.

On 4-5 May 1864 Hoke's forces overran Union outposts on the north and south banks of the Trent River and cut the Atlantic & North Carolina Railroad. Hoke then demanded that New Bern surrender, but the Union commander, General Palmer, refused. Further, Hoke's naval support failed to materialize. The Neuse hopelessly ran aground a short distance from its berth at Kinston, and the Albemarle was severely damaged by Union gunboats in Albemarle Sound on 5 May and had to return to Plymouth for repairs.

Soon afterward, Hoke received orders to abandon operations against New Bern immediately and transfer his command by rail to Virginia, where various Union forces had begun offensives against Richmond and other targets.