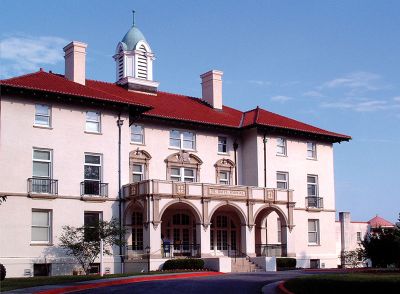 The North Carolina School of Science and Mathematics opened in Durham in 1980. Governor Terry Sanford had first proposed the concept of a public residential science and mathematics school in the 1960s. Through the comprehensive efforts of Governor James B. Hunt Jr., the concept gained momentum in 1977, and on 16 June 1978 the legislature committed itself to establishing the school. Durham was selected as the site based on its central location within the state and proximity to three major research universities: the University of North Carolina at Chapel Hill, Duke University, and North Carolina State University. The city also provided, at no charge, the former Watts Hospital as a campus site. The hospital design (easily converted to classrooms and dormitories) and ample room for growth appealed to the development committee. As of the early 2000s, the campus covered 27 acres and included 16 buildings, with an $8 million complex under construction. High school juniors and seniors enroll after an admissions process.

The school achieves its goal of providing an enhanced science and mathematics program to advanced students through innovative teaching methods and curriculum materials. To that end, all full-time teaching staff members hold master's degrees in their assigned area, and approximately one-third hold doctorates. Additionally, the School of Science and Mathematics requires teaching experience with advanced secondary students, ability to use educational technology, and a commitment to innovative curriculum design. Consequently, instructors and students enjoy flexibility in the presentation of course work. The staff also works to improve the teaching of science and mathematics throughout the state to the benefit of 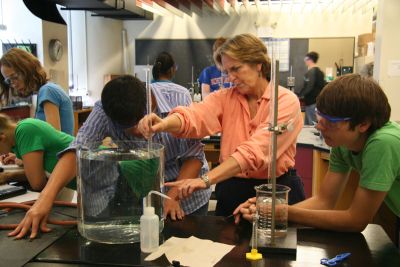 Among the nation's first residential science and mathematics schools, the North Carolina School of Science and Mathematics continues to be an educational model for similar schools. Since its inception, the school has gained national and international attention. Newsweek magazine featured the school on its cover in 1983 and, in an article titled "Saving Our Schools," profiled it as an alternative to less effective math and science programs. In 1986 the Royal Kingdom of Jordan asked the School of Science and Mathematics for assistance in starting a similar school. The school's numerous achievements and distinguished reputation as an innovator in education continues to draw the state's top science and mathematics students and a highly motivated faculty.

I had a friend who had two

I had a friend who had two children who were accepted to the NC School of Science and Mathematics. I told them I was born in 1933 probably in one of their classrooms. They thought that was pretty funny.