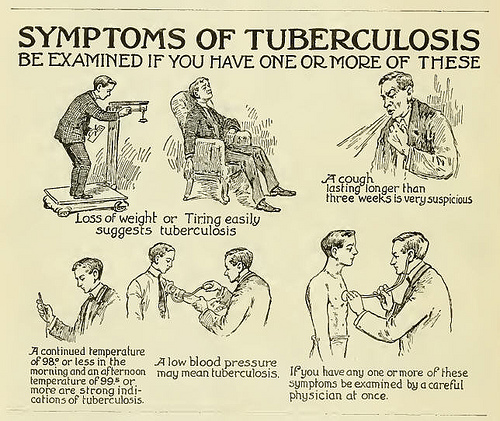 The public health community in North Carolina received support in the first half of the twentieth century from private philanthropy and the federal government. From 1909 to 1915 the Rockefeller Sanitary Commission for the Elimination of Hookworm Disease, in cooperation with the State Board of Health, worked to control hookworm. Federal grants were provided under the Social Security Act of 1935 to assist states and other political subdivisions in the delivery of public health services. The Duke Endowment, established in 1929, helped build and equip more than 250 nonprofit hospitals in the Carolinas. As North Carolina recovered from the Great Depression, private charity again aided progress in the public health arena.

Major health issues in early twentieth-century North Carolina included high infant mortality rates, childhood diseases, hookworm, typhoid fever, smallpox, and some cases of malaria and typhus. After a state vital statistics law was passed in 1913, it was discovered that the median age of North Carolinians at death was 28. (By the mid-1990s it was 72.) Hookworm was gradually brought under control with help from the Rockefeller Commission, and typhoid fever and smallpox were practically eliminated by vaccination programs. In 1916 a nationwide study praised the state for its "progressive attitude" toward the health of its citizens. That year approximately $61,000 was budgeted for public health and another $52,000 for tuberculosis sanitariums, making North Carolina thirteenth in the country and fourth in the South in per capita spending in these areas.

In the following decades the state's development of many programs paralleled that of the rest of the nation, although occasionally North Carolina led the way. In 1916 it introduced free vaccinations against typhoid and in 1917, free dental clinics for schoolchildren. A School of Public Health was opened as a division of the University of North Carolina School of Medicine in Chapel Hill in 1936. The vitamin deficiency disease pellagra, popularly known as Black Tongue, which was pervasive in some localities, was finally contained in the 1940s. By 1945 immunization against whooping cough and smallpox were compulsory, and in 1959 North Carolina was the first state to require immunization against polio.

In 1945, at the urging of Governor R. Gregg Cherry, the General Assembly created the North Carolina Medical Care Commission, with a board of 20 directors. Allocated responsibilities, following the governor's suggestions, provided for a statewide program of hospital and medical care through assessment, development, enhancement, and encouragement of existing plans. Aside from its statutory duties, the Medical Care Commission developed facilities for the care of chronically ill patients, for the rehabilitation of disabled persons, and for more nursing homes offering medically supervised care. In 1947 the legislature expanded the commission's powers to include the licensing of hospitals according to standards set by the commission, the right to inspect hospitals, and approval of all new construction and renovations. The Health Care Facilities Act of 1975, which authorized the commission to update health care facilities through purchase and contract, also allowed the issuance of tax-exempt bonds and notes to municipalities for health facility construction, subject to approval by the Local Government Commission. 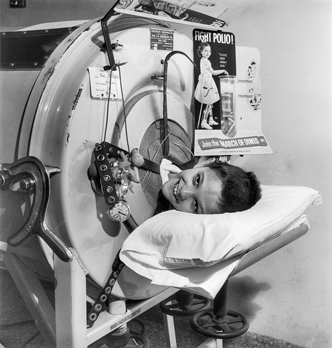 Sexually transmitted diseases have been and remain a significant challenge to public health officials in the state. The incidence of syphilis skyrocketed from 4,365 reported cases in 1932 to 21,333 cases in 1940. Progress in the effort to detect and treat syphilis received a huge boost in 1937, when the Z. Smith Reynolds Foundation provided a large grant to the State Board of Health. By 1952 the number of cases had dropped to 3,709 and by 1970 to 1,363-no doubt a result of the development in the 1940s of penicillin, the drug used most effectively against this disease. By the 1990s, however, North Carolina and the entire nation began to report syphilis cases at numbers rivaling those of the 1950s. Similar statistics exist for gonorrhea: by the early 2000s, cases reported in North Carolina ran between 30,000 and 35,000 annually.

In 1982 a sexually transmitted viral agent, which came to be known as the HIV (human immunodeficiency) virus, appeared in the United States. This virus is the causative agent for AIDS, a devastating disease that attacks the body's immune system, which is relied on to repel infections. By 1988, 629 cases of AIDS were reported in North Carolina, a number that seems to have doubled every 15 months. HIV/ AIDS remains a leading cause of death for North Carolinians between the ages of 15 and 44, with minorities most severely affected. From 1981 to September 1995, a total of 5,981 AIDS cases were reported in the state. After a temporary decrease in reported cases, by the early 2000s the number of North Carolinians contracting the disease jumped to about 1,000 per year. The high incidence of AIDS continues to place an ever-increasing burden on health care facilities and providers.

At least since the 1930s, a range of government agencies have been concerned with birth control, including the Department of Public Welfare, State Health Department, UNC School of Public Health, Carolina Population Center at UNC-Chapel Hill, Department of Health and Human Services (DHHS), and county health agencies. North Carolina was the first state to establish a state-supported birth control program, and North Carolina women could get tax-supported advice on the subject from maternity clinics as early as 1959. For decades the controversial Eugenics Board, created by the legislature in 1933, oversaw the sterilization of hundreds of mentally ill, "feeble-minded," or epileptic patients, inmates, and noninstitutionalized individuals. State offices of the U.S. Office of Economic Opportunity began increasing their efforts to give family planning advice in 1969. North Carolina and South Carolina have been recognized as the first states to consider family planning as fundamental to any public health program.

The U.S. Supreme Court in 1973 decreed a constitutional right to abortion, with several minor qualifications. Federal funding of elective abortions for women in poverty was available from 1975 to 1977, and its elimination prompted the North Carolina General Assembly, with the support of Governor James B. Hunt, to establish the State Abortion Fund to provide abortion services to low-income women. The annual legislative appropriation ranged from $424,000 to $1.374 million until fiscal year 1995-96, when opponents of the fund succeeded in having it reduced to $50,000. Between 1973 and the early 2000s, the total number of reported abortions performed in the state annually increased from about 12,000 to 37,000. State funds are provided for abortions in cases of rape, incest, or life endangerment.

"Symptoms of tuberculosis: Be examined if you have one or more of these  Illustration from the July 1918 issue of North Carolina's Health Bulletin (p.24)." Flickr user Government & Heritage Library, State Library of NC. https://www.flickr.com/photos/statelibrarync/7943643126/ (accessed October 3, 2012).

An eight-year-old polio victim in an “iron lung” respirator at North Carolina Memorial Hospital in Chapel Hill, ca. 1954. The March of Dimes poster and receptacle for contributions suggest that this may have been a promotional photograph to encourage donations to the campaign against polio. North Carolina Collection, University of North Carolina at Chapel Hill Library.