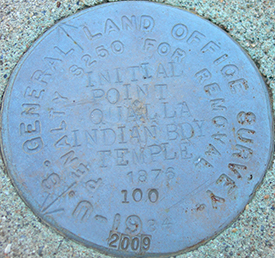 Between October 1838 and March 1839, the federal government forcibly removed the Cherokee people from their lands in Western North Carolina. About 11,000 Cherokee people were relocated due to the Indian Removal Act in what became known as the Trail of Tears. Some Cherokee remained in North Carolina, however, including many who hid in the Great Smoky Mountains. In addition to those who eluded internment and forced migration, some Cherokee were free to stay because of earlier treaties, including the Oconaluftee Cherokee under Chief Yonaguska. These individuals recruited Thomas to purchase land on their behalf, which he began doing in 1840.

William Holland Thomas owned three stores in Qualla Town and the surrounding areas by the late 1820s. Thomas worked and lived amongst the Cherokee people early in his life, thus, he had familiarity with the Cherokee language. He was also a close friend of Yonaguska and well respected and trusted by the Cherokee people. After the Trail of Tears, Thomas acted on behalf of the Cherokee and acquired lands focused around the Oconaluftee River and Soco Creek. Approximately 50,000 acres were purchased around Oconaluftee Creek, which constitutes the majority of the Qualla Boundary today.

Thomas struggled to gain official permission for the Oconaluftee Cherokee to remain in North Carolina, however. In 1866, the Eastern Band of Cherokee were formally granted freedom to live in North Carolina. Two years later, the Eastern Band of Cherokee were recognized as a separate entity from the Cherokee people living in Oklahoma. In 1874, a board of arbitrators appointed by the federal courts found that Thomas’s land purchases were on behalf of the Cherokee people and the lands were placed in a trust for the Cherokee tribe.

In 1876, a survey was completed by M. S. Temple, deputy U.S. Surveyor, because the boundaries of the land were still vague. The surveying began in Soco Gap, an area that was the most important passageway through the Balsam Mountains for the Cherokee before the arrival of the white settlers. The boundaries of the Qualla Boundary were established based off of this survey. 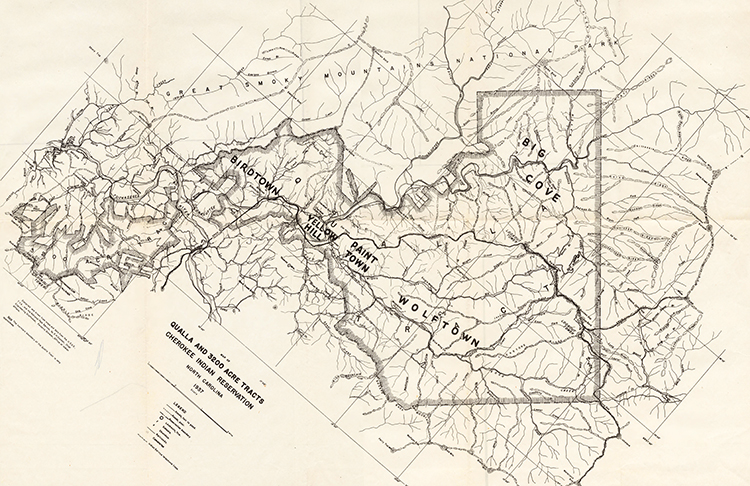 John Ehle, Trail of Tears: The Rise and Fall of the Cherokee Nation (1988)