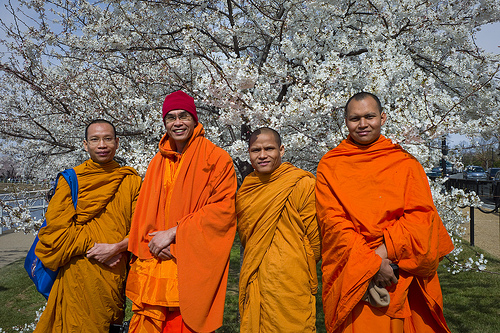 Sectarian differences have always meant that believers would disagree on certain practices and beliefs. Many Protestants have traditionally been suspicious of Roman Catholicism, yet by the end of the twentieth century, this wariness was weakening as evangelicals and Catholics found they agreed on certain issues such as abortion and the importance of Christian faith even if not on worship, church structure, and the primacy of the Eucharist.

Beyond the din of public conflict, however, North Carolina believers find solace, meaning, and reassurance within their communities of faith. Immigrants from Mexico, as well as from India, Vietnam, Pakistan, and African countries, have created a more richly diverse population in the state. These new North Carolinians, like those who preceded them, find in their worship and community religious life a reminder of ancient truths, the meaning of life and death, and the personal and familial satisfaction of celebrating values that reward them with certitude as well as hope. This has meant a more complex patchwork of faiths, to be sure; but new North Carolinians agree with those whose families have been here for hundreds of years: religion is essential to personal and social life and is to be honored and embraced.

In the future, North Carolinians can expect to find among the faithful not only Korean-speaking Presbyterians, nondenominational fundamentalist churches, bilingual Roman Catholic parishes, and many different kinds of Baptist congregations, but also many more Jewish temples, Buddhist and Hindu societies, and Islamic centers. There will continue to be differences and conflict among the faithful as long as there is religious freedom-which is, after all, one of the principles North Carolinians insisted on for the new U.S. Constitution before they ratified it in 1789.

"Four Buddhist monks, who live in North Carolina, photograph each other among the cherry trees. The men are originally from Thailand." Image courtesy of Flickr user U.S. Embassy Tokyo. Available from https://www.flickr.com/photos/usembassytokyo/5590163881/ (accessed June 11, 2012).