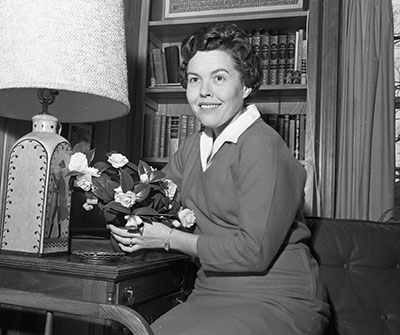 Margaret Rose Knight was born on June 6, 1918, in Hopkinsville in Christian County, Kentucky. Her parents, John Richard and Elizabeth Ford Knight, died when she and her brother John were young, and she was reared by an aunt, Hettie Dickson. Margaret Rose Knight attended Christian College in Columbia, Missouri, and then transferred to the University of North Carolina at Chapel Hill, from which she graduated in 1941. Although she came to Chapel Hill because of the drama department, she changed majors and graduated with a degree in English. It was there that she met her husband, James Terry Sanford. They were married July 4, 1942, at Hettie Dickson's home in Hopkinsville, just before he enlisted in the army as a paratrooper. She had taught in the Chatham County public schools the year before the marriage. During World War II, while her husband was overseas, Margaret Sanford returned to Kentucky, where she continued to teach.

Margaret Rose Sanford brought with her to the Executive Mansion a naturalness and warmth that became a hallmark of her tenure. A tribute by a political reporter in the Raleigh Times of December 4, 1964, stated: "She always seemed to be bubbling over with good cheer. She has a spontaneous wit."

Margaret Sanford was the mother of two preteen children, Betsee, eleven, and James Terry Jr., eight, when the Sanfords came to Raleigh from Fayetteville, and she was determined to rear them as naturally as she could. 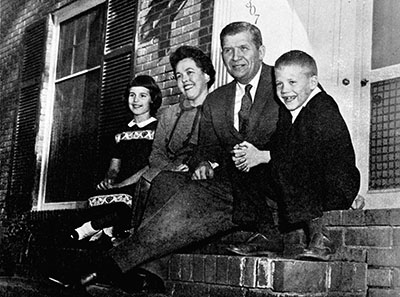 The Sanfords enrolled their children in public schools and tried to maintain as normal a routine for them as possible. Governor Sanford did not take the chil­dren to school on their first day because he knew that photographers and reporters would accompany him. Such an entourage would have disrupted the school day. Margaret Sanford regretted that official duties kept her from spend­ing as much time with the children as she would have liked. Overall, however, she believed that the chil­dren's experiences in Raleigh were positive. The Sanfords were family oriented, and they frequently invited Margaret's niece, who was attending St. Mary's Junior College in Raleigh, to spend weekends at the Executive Mansion.

Music, books, and flowers were an important part of life in the Executive Mansion during the Sanford administration. Just before moving to Raleigh, Margaret Sanford began taking violin lessons, something she had long wanted to do. From childhood she had played the piano, a skill she encouraged in her daughter. She also played the organ. The Sanfords held the first North Carolina Symphony Ball in 1961. Both the Sanfords were avid readers and began a library of North Carolina books for the mansion. Margaret Sanford also started the rose garden in the northwest corner of the mansion grounds, at the intersection of Blount and Lane Streets, where it continues today.

While the Sanfords resided in the Executive Mansion, the state was given a house near Asheville to be the gover­nor's Western Residence. The house was to serve as a retreat for the first family, as well as a place where state officials could stay when in the area. 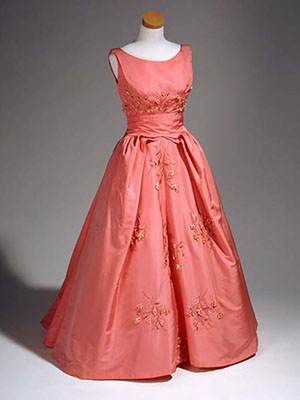 As first lady, Margaret Sanford enjoyed traveling with her husband, particu­larly to the various governors' confer­ences held around the United States.

From Raleigh the family returned to Fayetteville with their two teen­agers, and then to Durham when Terry Sanford became president of Duke University. Always supportive of her husband 's ambitions, Margaret Rose Sanford handled their new position just as she had their move to the Executive Mansion. Although Governor Sanford initially did not intend to remain as Duke 's president for so long, he continued in the post for sixteen years. During that time Margaret Sanford served on the board of the Methodist Home for Children in Raleigh and the board of trustees at East Carolina University. She was a member of the Defense Advisory Committee for Women in Service, the Education Commission of the States, the North Carolina Symphony Board, the Stagville Restoration Board, and the board of the North Carolina School of the Arts. Governor James B. Hunt Jr. appointed her to the delegation of Duke faculty and administration to visit the People's Republic of China in 1975.

Margaret Rose Sanford accompanied her husband to Washington, D.C., in 1987 when he began his term in the U.S. Senate. The political and social schedules were hectic, but the Sanfords tried to spend their weekends at home in Durham.

When Terry Sanford retired from Duke in 1986, he and Margaret moved into a newly built home near Duke's west campus. They had designed the house themselves, and their son, Terry Jr.'s, construction company had built it. Margaret Sanford continued to live in the house after the death of her husband on April 18, 1998. In April 1999 she and her children and grand­ children attended a White House ceremony at which President Bill Clinton signed a bill nam­ing the Raleigh Federal Building after Terry Sanford. The family also attended the dedication ceremony in Raleigh in August of that year. Margaret Rose Sanford had a very special talent for making friends. People of all ages who knew her and her late husband through the years and many who were proteges of the governor gathered around her and maintained close contact with her. She died in Durham at the age of 88.