Secretary of State is an elective office under the North Carolina Constitution. The office developed from that of secretary of the province, which was first filled in 1675 with the appointment of Robert Holden. The secretary of the province-named by the king of England and serving at His Majesty's pleasure-held largely clerical duties, with most of his attention given to the land office. The state Constitution of 1776, adopted after the colonies declared their independence from Great Britain, provided that the General Assembly "triennially appoint a secretary for this State." The Constitution of 1868 made the secretary of state an elective member of the Executive Department with a four-year term. 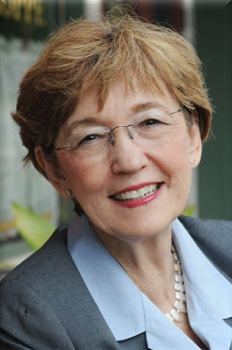 The responsibilities of the secretary of state are prescribed by law. Over the years many of these responsibilities have evolved into separate state agencies. By a resolution of the General Assembly of 1831 the secretary was required to collect books for the State Library, and for his services as librarian he received $50 a year. As the first insurance commissioner, he was required to appoint annually investigators of insurance companies doing business in the state and to publish an annual report showing the financial condition of insurance companies. When automobile registration was required in 1909, the secretary of state became responsible for registration and fee collection. In 1921 he began collecting gasoline taxes for the state's road-building program. The issuing of land grants, a function that dated from the first secretary of the province, ceased with the creation of the Property Control Division of the Department of Administration in 1957.

Prior to the construction of the State Legislative Building in 1961 and the employment of an administrative staff, the secretary of state performed a number of services for the General Assembly, including assigning seats in the legislative chambers, enrolling acts and resolutions prior to ratification, and indexing and printing the Session Laws. Most of these duties have been assumed by staff or committees of the General Assembly, but others, such as the publication of the North Carolina Manual and the Directory of State and County Officials, have remained the responsibility of the secretary of state. The person who holds the office also continues to be the custodian of the ratified acts of the General Assembly, handling the free distribution and sale of the printed Session Laws and journals of the House and Senate. Duties have also shifted to the secretary of state from other departments. Administration of the North Carolina Securities Act was transferred from the Utilities Commission in 1937, and responsibility for commissioning Notaries Public was transferred from the governor in 1971.

Other major functions of the office of secretary of state include chartering business and nonprofit corporations, acting as central filing officer for financing statements under the Uniform Commercial Code, registering trademarks and service marks, administering a land records management program, maintaining an office to inform the business community about all state licensing and regulatory requirements, and registering legislative lobbyists.