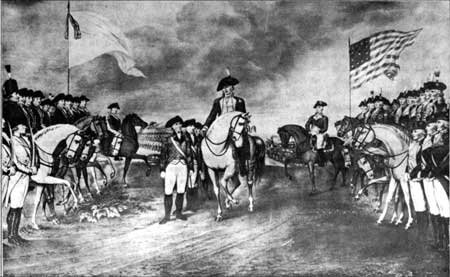 The Wilmington Campaign of 1781, the last important Revolutionary War campaign in North Carolina, was directed toward removing the British enclave in Wilmington that had supported Loyalist depredations throughout the Cape Fear Valley and jeopardized the state government. In January 1781 a small British force commanded by the energetic Maj. James H. Craig of the 82nd Regiment occupied Wilmington, primarily to establish a supply base for the invasion of North Carolina by Lord Charles Cornwallis. The port became a haven for Cornwallis's battered army after the Battle of Guilford Courthouse, but the support that Craig made available to Loyalist commanders in the interior, most notably Col. David Fanning, threatened Whig control of the state in the internecine conflict sometimes called the "Tory War."

In August 1781 the return of capable militia under Gen. Griffith Rutherford, who had been exchanged after nearly a year as a British prisoner, gave the state a commander who could mount a campaign against Wilmington. Ordering a muster in the Salisbury District on 15 September, Rutherford had an army of 1,100 men within two weeks. He moved toward Campbellton on 1 October and combined forces with Gen. John Butler, which gave the little army a total of 1,050 infantry and 350 cavalry. As the force moved toward Wilmington, a cavalry skirmish on 15 October at Rockfish Creek scattered a Loyalist unit. The Whig cavalry scouts backtracked to the Loyalist camp near McFall's Mill, where, in a running fight, the Loyalists were dispersed. Two days later Rutherford sent his entire force into Raft Swamp to flush out Loyalists and deny them a refuge.

Resting at Brown Marsh prior to their final drive on Wilmington, the army was addressed by Governor Alexander Martin. On 23 October Rutherford sent a mounted unit of 300 men under Col. Robert Smith to the southwest side of Cape Fear to cut the port off from overland contact while the main army descended on Wilmington from the north. Smith's blocking force encountered outposts and cleared them with skirmishing at Moore's Plantation and later fought at Seven Creeks with South Carolina Loyalists.

Whig casualties from these engagements were light, prompting the company surgeon to go home. Major Craig's correspondence with his superior officers at Charleston shows that he viewed Rutherford's force as more nuisance than threat. Supply problems prevented Craig from attacking his besiegers before receiving orders to evacuate his position. In the wake of the surrender of Cornwallis at Yorktown, Va., on 19 Oct. 1781, the British high command had decided to abandon Wilmington. On 18 November Rutherford and his men entered Wilmington, the British transport ships still in full view heading down Cape Fear to the Atlantic.

Trumbull's surrender of Lord Cornwallis at Yorktown. Image courtesy of the National Park Service. Available from http://www.cr.nps.gov/history/online_books/regional_review/vol5-6g.htm (accessed May 11, 2012).