Part 2: North Carolina Contributions in Battle and on the Home Front 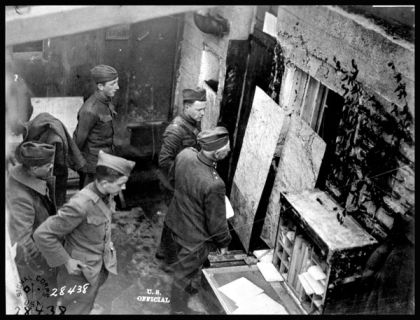 The largest group of North Carolinians involved in one operation served in the Thirtieth Division, nicknamed "Old Hickory" after President Andrew "Old Hickory" Jackson and composed of troops primarily from North Carolina, South Carolina, and Tennessee-states with which Jackson had been connected. The division had fought in World War I, then functioned as a National Guard unit; it was recalled into service in 1940. Under the command of Maj. Gen. Leland S. Hobbs, the Thirtieth took part in the invasion of Normandy and engagements throughout France and Belgium before meeting Russian forces at the Elbe River on 8 May 1945. The men of Old Hickory earned numerous medals and citations. Many North Carolinians also served with the Fourth and Eightieth Infantry Divisions. Soldiers in the Fourth were the first American troops to enter Paris, and the Eightieth liberated several German concentration camps. The Sixty-fifth General Hospital in England was sponsored by Duke University in Durham. 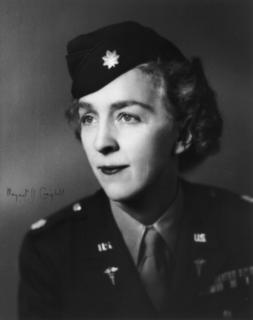 Many North Carolinians distinguished themselves in service. Harnett County's Gen. William C. Lee, known as the "Father of the Airborne," was primarily responsible for the establishment of the U.S. Airborne Command. Fighter pilot George C. Preddy, of Greensboro, killed in action in 1944, was the state's leading ace. Maj. Margaret Craighill, of Southport, a physician, was the first woman to be directly commissioned in the medical corps. Six North Carolinians were awarded the Medal of Honor.

The naval war came close to home, when German submarines sank many Allied ships off the North Carolina coast. The area around Hatteras acquired the moniker "Torpedo Junction" because so many ships were sunk there. Forty-one American ships participating in the war were named for North Carolina-related people and places, including the famed battleship USS North Carolina, which engaged in much of the fighting in the Pacific.

North Carolina industries also made significant contributions to the war effort. Between 1941 and 1945 the North Carolina Shipbuilding Company of Wilmington built dozens of Liberty ships and other vessels. The state provided many important materials to the armed forces, including more textile goods than any other state. North Carolina was fourth in the production of lumber supplied to the military.

At home, citizens prepared for defense under the auspices of the Office of Civilian Defense. Each county established a defense council to help the population plan for defense and to encourage their participation in wartime programs. As taxes covered only 46 percent of the cost of the war, the government depended on loans from banks and citizens to finance the remainder. These loans came in the form of war bonds and stamps that were sold by banks, theaters, civic clubs, and other volunteers. Eight national campaigns to boost the sale of bonds were launched during and immediately after the war. Millions of dollars were raised in North Carolina, which exceeded its goal in every campaign.

The need for war matériel and supplies and the interruption in shipping certain items created shortages around the state. Local rationing boards, directed by the Office of Price Administration, were organized to oversee the allotment of items such as gasoline, rubber, sugar, coffee, and building materials that were in short supply. The Office of Civilian Defense and the North Carolina Salvage Committee directed the recycling of materials such as metal, rubber, nylon hosiery, and paper under the motto, "Get into the Scrap." Because so many men departed for the military, women entered the workforce in record numbers. "Rosie the Riveter" became the symbol for women taking over jobs vital to the war effort. Work release programs were instituted to enable prisoners to fill some of the shortages.

Margaret D. Craighill, M.D.  National Library of Medicine, Images from the History of Medicine, B05519. Available from http://www.nlm.nih.gov/changingthefaceofmedicine/gallery/photo_72_1.html (accessed August 29, 2012).

I don´t want this stuff. I

I don´t want this stuff. I want complex and compound sentences. That would make this much easier. I want that not this.