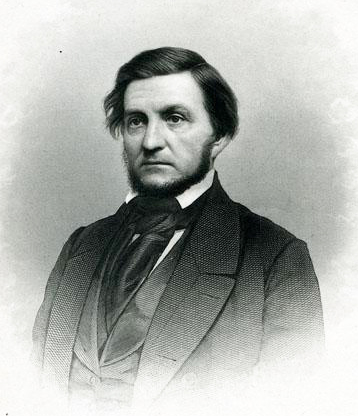 The American Party, also known as the Know-Nothing Party, was organized in North Carolina by Kenneth Rayner during the winter of 1854-55. Its opponents referred to it as the "Know-Nothing Party" because initially it began in the Northeast as a fraternal organization whose members were bound to secrecy. Consisting mainly of Whigs whose national organization had been shattered by the slavery issue, the American Party sought to continue Whig principles without alignment with the northern antislavery wing of the old party. North Carolina Whigs, along with other southern and northern conservative Whigs, were searching for another political party to oppose the dominant Democrats in the South and to reduce sectional strife in the nation. In addition, nativism-an expression mainly of anti-Catholicism-was part of the American Party appeal, attracting many non-Whigs who were disturbed by the large influx of Irish Catholics into the United States (though relatively few came to North Carolina).

Vilified by the Democrats for their intolerance and secrecy, the North Carolina Know-Nothings abandoned their nativism in time to win three congressional seats in 1855. The next year, however, with the rising threat of the antislavery Republican Party in the presidential election, North Carolina voters rejected American Party candidate Millard Fillmore and rallied behind Democrat James Buchanan as the better defender of southern rights and slavery. Although it won approximately 40 percent of the state vote in the presidential election and in an earlier 1856 gubernatorial contest, the American Party soon collapsed, having failed to achieve a moderate alternative to the sectional Republican and Democratic Parties.

William C. Harris, North Carolina and the Coming of the Civil War (1988).

W. Darrell Overdyke, The Know-Nothing Party in the South (1950).

Cantrell, Gregg. Kenneth and John B. Rayner and the Limits of Southern Dissent. Urbana: University of Illinois Press, 1993.