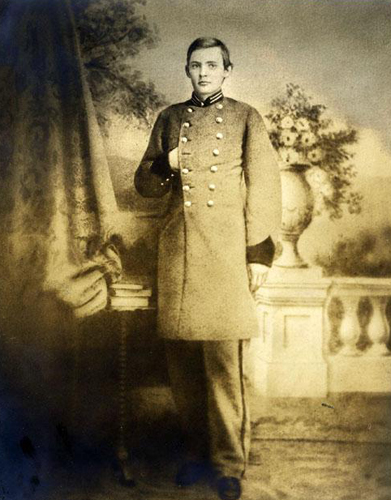 As a boy, Ashe lived at his father's plantation at Rocky Point. There he received an elementary education from private tutors and traveling teachers. In 1849 he was enrolled in boarding school at Macon, Ga., leaving there after six months to enter Abbott's Academy at Georgetown, D.C. The year 1852 brought him to Rugby Academy at Washington, D.C., where he studied until moving to Oxford Military Academy in Oxford, Md., in 1854. He was by then preparing for the U.S. Naval Academy at Annapolis, which he entered in 1855; he rose to be second in his class. At this time, also, he began a lifelong friendship with Alfred Thayer Mahan, the noted naval theorist. Ashe resigned from the naval academy, however, in 1858, returning to his father's home at Rocky Point. Here he began reading law, first on his own, then under the direction of William Ruffin.

With the bombardment of Fort Sumter and the opening of the Civil War, Ashe followed his native state, first as an engineer with the unofficial commission of lieutenant. This commission was regularized in January 1862, when he was assigned to Charleston. In June of that year he was commissioned a captain and assigned, as assistant adjutant general, to General William D. Pender, then participating in the campaign against Union General John Pope. After Second Manassas, Ashe was captured and confined at Washington, D.C. Paroled after a few weeks, he returned to Wilmington; his formal exchange took place in November, and he then resumed his captain's commission on the staff of General Thomas L. Clingman. The following summer (1863), he was assigned as an engineer to Battery Wagner at Charleston and was given responsibility for nightly repairs of damages from Federal fire. When the fort was abandoned, Ashe returned to Fayetteville, where he served as assistant commanding officer of the arsenal until the close of the war.

After the war, Ashe found himself in very reduced circumstances: his father's property had been dispersed by the upheavals of the war and its aftermath. He therefore accepted a position as a conductor on the Wilmington and Weldon Railroad in January 1866. He was, however, able to renew his law education by private study and was admitted to the North Carolina bar in December 1866. His retirement from the railroad on 1 Dec. and the subsequent opening of his practice were made possible by a gift of five hundred dollars from his old Annapolis friend, Alfred Mahan. 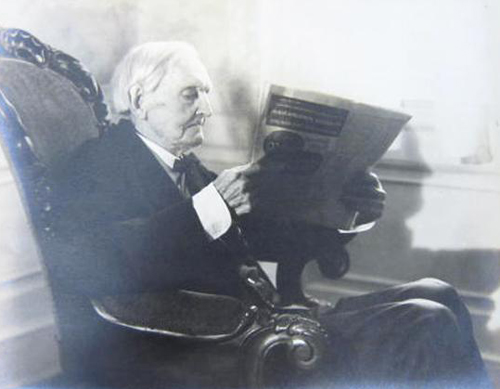 Soon after Ashe began his practice in Wilmington, he became interested and involved in politics, as a partisan of the forces opposed to the coalition of blacks and northern sympathizers then controlling the state legislature under the patronage of the occupying forces and the Republican party. Until 1870 Ashe simply made speeches supporting candidates of his views, in what was then an overwhelmingly Republican area. In 1870, however, the Republicans split and proposed two slates of candidates. This split made it possible for Ashe's party, campaigning under the Conservative label, to send one member each to the state house and senate, the former being Ashe himself.

Because the statewide Conservative movement had achieved a majority in the legislature, Ashe was enabled to play a significant role, serving notably as chairman of the Finance Committee and as a member of the Judiciary Committee. During the disruption attending the impeachment of Governor W. W. Holden, Ashe took a leading part in house legislation, proposing a reform of the state's tax laws and fiscal system that was passed by the house but not the senate. A similar plan was adopted by a later legislature. While in the house, Ashe moved his law practice to Raleigh.

Ashe was not returned to the house in 1872, but did, in the course of the campaign, gain his first experience in publishing, issuing in partnership with John Spellman a campaign paper entitled Blasting Powder. After the election, he entered into a law partnership with U.S. Senator Augustus H. Merrimon and Thomas Fuller, later a U.S. judge, which continued from January 1873 to July 1879. He also spent the year 1874 as editor of the Evening Crescent, a daily paper supporting the Democrats, as the conservatives were by then called. He continued active in the Democratic party, serving on the state executive committee and as its chairman from 1877 to 1880.

In 1879 he withdrew from his law partnership to purchase the newly defunct Raleigh Observer, which he resuscitated and published until merging it in 1881 with the Raleigh Daily News, to form the News and Observer. Under his management, the paper became quite prosperous. In 1885 he was appointed postmaster of Raleigh, a post he held until 1889. By this time, however, the News and Observer had engendered several competitors, and in the ensuing period of intense competition, the paper barely managed to survive. In 1893 it purchased the last competitor, the Chronicle, and Ashe published the combined papers as the News-Observer-Chronicle. Ashe no longer held a majority interest in this expanded concern, and his association with it ended when his partners elected to sell the paper in 1894.

After attempting for two years, unsuccessfully, to reestablish his law practice, Ashe accepted a post as cashier under the then collector of internal revenue and later U.S. senator, Furnifold M. Simmons. He served as the president of Willard Manufacturing Company from 1896 to 1906 and as vice-president of the Raleigh Hosiery Company from 1900 to 1907, before becoming, again under the patronage of Simmons, an expert employee of the U.S. Senate Finance Committee from 1912 to 1917 and clerk of the U.S. District Court at Raleigh from 1918 to 1936. These activities by no means constituted his whole employment during the period, as he remained active in the Democratic party and a constant author and editor for Charles L. Van Noppen Publishers and other firms.

At his death at the age of ninety-seven, he was buried in Oakwood Cemetery, Raleigh. A memorial in his honor was unveiled on Capitol Square in Raleigh on 13 Sept. 1940.

Ashe was married to Hannah Emerson Willard on 10 Aug. 1871. He was a member of the Episcopal church, belonging to St. John's Church at Wilmington and Christ Church in Raleigh and serving as vestryman of each.

Ashe was a prolific author and editor. He edited the Biographical History of North Carolina (1905–17) and the Cyclopedia of Eminent and Representative Men of the Carolinas (1892). He wrote a two-volume History of North Carolina (1908–25) and numerous other shorter works, from analysis of aspects of the Civil War, such as The Charge at Gettysburg (1902), to such commemorative writings as Centennial Ceremonies Held in Christ Church, Raleigh, N.C. (1921), to works on political issues, such as A Day with the Professor and his Friends: Familiar Chats on Free Coinage  . . . (1895). He was, in addition, a regular contributor to the Confederate Veteran during 1926–32.

Samuel A. Ashe, articles in the Confederate Veteran, and, ed., Biographical History of North Carolina, vol. 1 (1905).

Samuel A. Ashe in WorldCat: https://www.worldcat.org/search?q=au%3AAshe%2C+Samuel+A.&qt=hot_author