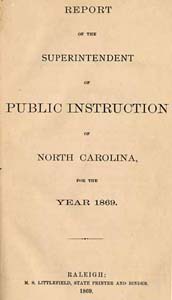 Samuel Stanford Ashley, minister, educator, and missionary, was the eldest of eleven children born to Samuel and Lydia Franklin Olney Ashley in Cumberland, R.I. Ashley's father came from Hampton, Conn., was educated at Brown College, and practiced law in Ashford, Conn., from 1817 to 1828 and in Providence from 1828 until his death in 1855; a lifetime of ill health prevented him from attaining fame or fortune in his practice, but he was noted for high moral character, an admiration of Louis Kossuth, and a study of Swedenborg. Ashley's mother was the daughter of James Marony and Abby Newell Olney of Olneyville, R.I.

Samuel Stanford Ashley spent his youth and early manhood in Ashford and Providence. He attended the Providence public schools and, from 1837 to 1840, Oberlin College; halfway through his junior year, ill health compelled him to withdraw. He returned to Providence to organize temperance societies, edit a newspaper, the Samaritan, and become principal of the Meeting Street School from 1843 to 1846. On 5 May 1842, Ashley married Mary E. Eells, daughter of Waterman and Luthenia Tomlinson Eells of Bridgeport. From this marriage came two children, Mary Augusta (3 Feb. 1843–14 May 1914) and Edgar Samuel Stanford (24 Dec. 1850–12 Oct. 1928), neither of whom married. In June 1846, Ashley returned to Oberlin and entered the theological department; he was graduated in 1849.

Upon his ordination as a Congregational minister on 1 Aug. 1849, in Wakeman, Ohio, Ashley became acting pastor of the Evangelical Congregational Church of Globe Village, Fall River, Mass. He held this position until 16 June 1852, when he was installed as pastor of the Congregational church at Northborough, Mass. While in these pastorates, Ashley demonstrated his strong anti-slavery feeling through support of the American Missionary Association. Eager to become involved with Union troops during the Civil War, he secured dismissal from his Northborough pastorate on 21 Sept. 1864, to join with S. W. Alvord in evangelical service with the United States Christian Commission at City Point and Fortress Monroe, Va. His military superiors regarded him as "intelligent, sagacious, and honorable."

Toward the end of the war, Ashley became greatly interested in the welfare of the freedmen and decided that it was his duty to minister to them. He was employed by the Freedmen's Bureau before May 1865 to assist in educating the freedmen. In September 1865 the American Missionary Association appointed him a missionary to evangelize and educate the freedmen in and around Wilmington, N.C. Simultaneously, the Freedmen's Bureau appointed him assistant superintendent of education for the Wilmington District, in which position he served without pay. The bureau agreed, however, to provide him transportation in the discharge of his A.M.A. duties. Ashley worked aggressively to establish freedmen's schools in Wilmington, Fayetteville, Bladenboro, Goldsboro, and Brunswick County and to establish Brewer Orphan Asylum near Wilmington. Ashley's ten schools, at their height, had as many as eighteen hundred pupils enrolled, and the blacks hailed him as the pioneer of Negro education in North Carolina.

Ashley's efforts to educate and uplift the freedmen resulted in his entry into North Carolina politics. He became convinced that the freedmen must have political equality to enable them to escape the oppression of native whites. Regarding Congressional Reconstruction as a righteous cause, he joined the Republican Association in Wilmington, helped to establish the Wilmington Post, spoke at political rallies, and was elected a delegate to the North Carolina Constitutional Convention of 1868. In the convention, Ashley was dismayed that Republican politicians would sacrifice what he regarded as the true interests of the freedmen to their own personal needs. He spoke little but, as chairman of the Committee on Education, helped to draft the article that for the first time provided for the public education of blacks. This article was most bitterly attacked by the Conservatives because it did not provide for segregated schools, although the Republicans had no plans to integrate the schools. In 1868, Ashley was elected superintendent of public instruction under the new constitution, and under his leadership the public school system, which had ceased during the war, was revived. In 1870 the Conservatives gained control of the legislature and began cutting education appropriations. Believing that these cuts were aimed at him personally, Ashley resigned in the fall of 1871, rather than see the whole school system destroyed.

Under the auspices of the A.M.A., Ashley then went as a professor to Straight University in New Orleans, where he was shortly afterward appointed acting president. He served simultaneously as the head of the A.M.A. mission in southern Louisiana and as pastor of Morris Brown Congregational Church in New Orleans. Contracting the dengue and yellow fever in the summer and fall of 1873, Ashley was so weakened that he returned to Northborough to recuperate.

The A.M.A. called him to serve again from 1874 to 1878 as head of the mission in Atlanta. His major achievements there were his pastorate of the First Congregational Church of Atlanta, the establishment of a church at Marietta, his preservation of the A.M.A. school in Atlanta, and his promotion of Atlanta University.

Ashley retired in 1878 to his small farm in Northborough, but he remained active in public affairs. He was chairman of the town school committee, actively supported the library, and served as postmaster of Northborough from 1883 to 1885. Ashley died of heart disease and was buried in Providence.

North Carolina Reports of the State Superintendent of Public Instruction (1868–71).