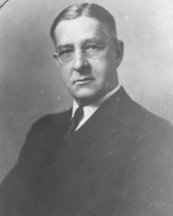 Josiah William Bailey, U.S. senator, was born in Warrenton, the second son and third of five children of Christopher Thomas and Annie Sarah (Bailey) Bailey. He grew up in Raleigh, where his father edited the Biblical Recorder, the official weekly newspaper of the North Carolina Baptist Convention. He received his education in the Raleigh Township Graded Schools (1880–87), the Raleigh Male Academy (1887–89), and Wake Forest College (1889–93), where he was graduated with the B.A. degree. He assisted his father with the Recorder for two years and, following his father's death in June 1895, became official editor of the Recorder. Holding this position until 1907, Bailey not only ably expressed his views on religious, moral, and social issues but also involved the Recorder and himself in political conflicts and reform crusades, most notably for improvements in North Carolina's elementary and secondary school system.

While such educational reformers as Charles D. McIver and Edwin A. Alderman favored financing educational improvements through local taxation, Bailey led in advocating direct appropriations by the General Assembly. In 1898 he allied with Furnifold M. Simmons, the state Democratic chairman, and Charles B. Aycock, the prospective Democratic nominee for governor, in the "white supremacy" campaign that broke the control of the fusion of Populists, African Americans, and Republicans over state government. As part of this "bargain," Simmons and Aycock in 1899 won legislative approval of a law securing a four-month school term and supporting the principle of direct appropriations to public schools with a grant of $100,000 annually. State responsibility for public education was, thereby, firmly established.

As chairman of the Anti-Saloon League in North Carolina between 1903 and 1907, Bailey campaigned extensively and successfully for local option. He resigned in 1907, however, when the league declared for state prohibition and leaned toward national prohibition, which Bailey considered unfeasible. He also resigned as editor of the Biblical Recorder in 1907, and in 1908 he secured admittance to the state bar. In the forefront of the state's progressive movement, he advocated the initiative and referendum, ballot reform, a commission form of government for Raleigh, liquidation of the officers' fee system in Wake County, and abolishment of franchise politics in Raleigh. In 1913, President Woodrow Wilson appointed Bailey to the office of collector of internal revenue for the eastern district of North Carolina (consolidated in 1919 to cover the whole state). Holding this post until 1921, Bailey reorganized the collecting and accounting systems and reduced the cost of collections by 65 percent. 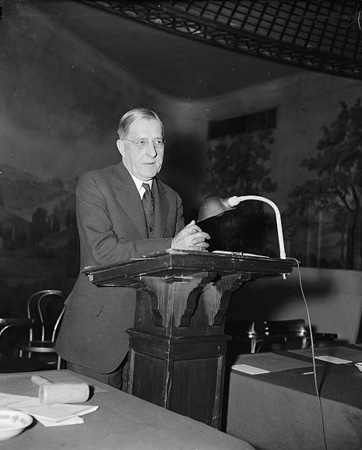 Bailey's marriage, on 16 Aug. 1916, to Edith Pou of Raleigh allied him to one of the state's most influential families.

Bailey served in 1913 on the North Carolina Constitution Commission, created by Governor Locke Craig, which included among its recommendations reform of the revenue and taxation system and requirement of a six-month public school term. Bailey not only fought for these proposed constitutional amendments but, with Clarence Poe, editor of the Progressive Farmer, sponsored a broad progressive program for the Democratic State Convention in 1914. The latter called for a state-wide primary and corrupt-practices act, tax revision, an elastic judicial circuit system, enlarged state aid to public health and education, just freight and insurance rates, rural credit facilities for farmers, and an improved child labor law. Neither the proposed constitutional amendments nor the program to revitalize the Democratic party won acceptance from the conservatively controlled Democratic party machinery in North Carolina. However, Bailey continued the battle and based his independent, but unsuccessful, campaign for the Democratic gubernatorial nomination in 1924 squarely upon the 1914 platform.

Breaking with the political organization of Senator Simmons in 1922–23, Bailey determined to seek the Democratic gubernatorial nomination. He lost the 1924 contest to Angus W. McLean, but created for himself both a state-wide image as a social and political reformer and a strong nucleus of loyal supporters and dependable organizers. In the presidential campaign of 1928, North Carolina Democrats divided bitterly over support for Alfred E. Smith. While Simmons bolted the party to back Herbert Hoover, Bailey, now a "regular" Democrat, spoke extensively throughout the state in defense of religious freedom and in loyal support of Smith. Attacking Simmons's "irregularity" and "disloyalty," Bailey in 1930 defeated Simmons for the Democratic senatorial nomination and then triumphed over his Republican opponent, George M. Pritchard, to win the office of U.S. senator.

Attaining his first and only elective office at the age of fifty-six, Bailey remained in the Senate until his death fifteen years later. He gave his personal loyalty to Franklin D. Roosevelt but opposed much of the New Deal legislation. His opposition votes rested upon conviction that many New Deal measures gave special privilege to special interests, encouraged unsound financial and economic practices, violated trusted constitutional principles, involved unwise centralization of power, or tended toward collectivist regimentation. His pro-business and anti-organized labor bias was revealed in his support of such measures as the National Industrial Recovery Act (1933) and his opposition to such measures as the National Labor Relations Act (1935) and the Fair Labor Standards Act (1938). He played a major role among Democratic senators in defeating Roosevelt's "court-packing" plan in 1937. In 1938 he joined with Senator Arthur H. Vandenberg (R., Mich.) to draft a "conservative manifesto" that sought to rally popular support for conservative financial practices and to influence Roosevelt to turn to the political right.

As chairman of the powerful Senate Commerce Committee (1938–46), Bailey frequently attempted to restrain New Deal spending, but when confronted by the threat of war in Europe he used his office to support Roosevelt's policy of preparedness. He joined the president in urging repeal of the arms embargo and in passage of the Neutrality Act of 1939, which opened the arsenal of the United States to Great Britain and France. He fought for both increased defense expenditures, especially for the navy, and the Selective Service Act in 1940. Speaking for the Lend-Lease Bill in early 1941, Bailey declared himself for intervention in the European conflict. During World War II, he worked closely with Roosevelt and with Rear Admiral Emory S. Land, chairman of the Maritime Commission and administrator of the War Shipping Administration. The Senate Commerce Committee dealt with such problems as buying and leasing foreign merchant vessels for national defense and deciding transportation priorities. Bailey disagreed, however, with Roosevelt's economic stabilization policies, which he considered too soft, and with organized labor's threat to industrial mobilization. He repeatedly backed anti-strike legislation and promoted a "work-or-fight" law to draft civilians into essential war industries. As early as 1942, Bailey recorded himself in favor of the establishment of the United Nations Organization.

After the summer of 1945, Bailey was frequently absent from the Senate because of illness. He died of a cerebral hemorrhage at his home in Raleigh and was buried in Raleigh's Oakwood Cemetery. He was survived by his wife and their five children: James Hinton Pou, Annie Elizabeth, Josiah William, Edith Pou, and Sallie.