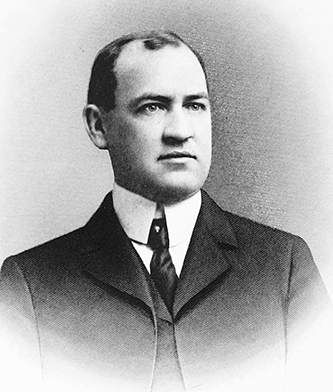 James Craig Braswell, banker and community leader, was born and reared near Battleboro, a son of Thomas Permenter Braswell and his wife, Emily Stallings. The founder of the line was the Reverend Robert Bracewell of Isle of Wight County, Va., and James Craig Braswell's branch has been substantially involved for over two hundred years in the life of Edgecombe County. After doing his preparatory work at Horner's Military Academy in Oxford, Braswell received his B.S. degree in 1890 from The University of North Carolina.

He worked for a while as a representative of Bradstreet & Company before forming the Braswell-Gravely Company, exporters of leaf tobacco, and beginning an active association with the development of the Rocky Mount tobacco market. He withdrew from this firm in 1918. In the same period he was involved in the Planters Cotton Oil and Fertilizer Company, while he and his two brothers pioneered in developing and promoting agriculture in Nash and Edgecombe counties. His own planting interests grew to several thousand acres in Nash County, and he also accumulated considerable property in Rocky Mount.

On 7 Feb. 1899 he became the first president of the Planters National Bank and Trust Company, in the organization of which he had recently assisted, and he remained in that office until he was elected chairman of the board of directors on 11 Jan. 1944. In 1911–12 he was president of the North Carolina Bankers Association. He served as vice-president of the Rocky Mount Savings & Trust Company and was long a Class A director of the Federal Reserve Bank of Richmond. He also held the positions of president of the Citizens Building & Loan Association; director of the Norfolk Trust Company; secretary of Williamson, Bulluck & Company (insurance); and treasurer of the Rocky Mount Hosiery Company, the Underwriters Fire Insurance Company of Rocky Mount, and the North State Fire Insurance Company.

Braswell was very active in Masonic affairs. He also belonged to the Rocky Mount Kiwanis Club, of which he was a charter member. He was grand master of Masons in the state in 1920. He was long a steward of the Methodist Episcopal church of Rocky Mount and was for more than forty years a member of the board of missions of the North Carolina Conference, serving as treasurer from 1921 until his death. He was very interested in the Methodist Orphanage at Raleigh and was for a time chairman of its board of directors. He was also for many years a member of the board of directors of the Rocky Mount YMCA. 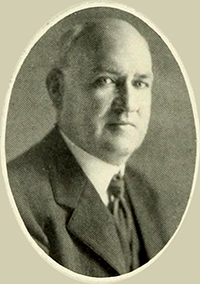 Braswell was a founder (and frequent chairman) of the city school board, as well as a member of the board of the Eastern North Carolina Training School. He was a charter member and sometime president of the Rocky Mount Chamber of Commerce and for eighteen years a city alderman. During World War I he served on the Nash County Exemption Board. Modest, public-spirited, generous, and popular among all economic and social classes, he was for over a half century an active supporter of every major project associated with the advancement of the city where he lived and died.