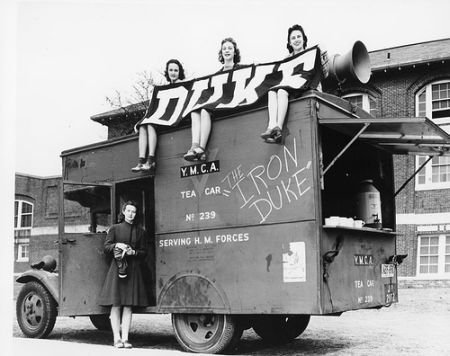 London-in 1844 and 1855, respectively. The YMCA arrived in the United States in Boston in 1851; the YWCA was first established in New York City in 1858. The first YMCA in North Carolina was formed in Wilmington in 1857, followed by pre-Civil War associations in Charlotte, Raleigh, Salisbury, and Washington and on the campus of the University of North Carolina in Chapel Hill. North Carolina's YMCA movement was completely halted by the Civil War, but associations were reorganized in such places as Raleigh and Charlotte in the late 1860s. By 1876 nine associations, either new or reorganized, were in existence. By 1922 there were 22 YMCAs in the state, including some at colleges and universities.

While the early YMCAs in North Carolina had ladies' auxiliaries, it was not until the early decades of the twentieth century that the YWCA movement reached the state. It is known that there were YWCAs in Asheville, Charlotte, Greensboro, and Winston-Salem before the end of the first decade of the twentieth century, as well as student associations at a number of colleges and at the School for the Blind in Raleigh. (The YWCA at UNC was not organized until 1935.)

Particularly after World War I, young girls and women moved in large numbers from farms and small towns to jobs in the textile mills and offices of cities. In such a new environment, women needed a safe, inexpensive, and comfortable place to live, wholesome recreation, and a chance to learn new skills-in short, opportunities to develop their full potential as women. The YWCA was one of the organizations to which they turned to help them realize that goal.

Organizationally, YMCAs and YWCAs are 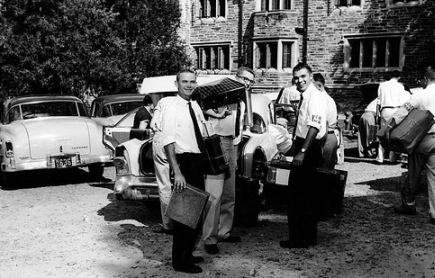 independent agencies, and each local Y exercises a high degree of autonomy in developing its programs. Through the years Ys have shared many common concerns and offered many similar services (housing, educational/vocational programs, camping, counseling, child care, citizenship activities, etc.)—services that local boards of directors and volunteer and professionally trained staff consider appropriate for their communities. For instance, not all Ys offer lodging, and in some communities a YMCA serves both girls and boys, as in Chapel Hill-Carrboro, Burlington, Durham, Fayetteville, and Sanford. The greater Asheville, Charlotte, Greensboro, Raleigh, Rocky Mount, Wilmington, and Winston-Salem areas all have one or more YMCAs and YWCAs.

YMCA summer camps in North Carolina began in 1912 when Camp Greenville, a coeducational camp, was established by the Greenville, S.C., YMCA at Cedar Mountain in Transylvania County. Various organizations followed suit, until by the 2000s there were dozens of summer camps in the state. The YMCA ran the largest number of these camps, while private owners, churches, the 4-H Club, the Boy Scouts, and other groups ran several each.

Camp Sea Gull and Camp Seafarer are two of North Carolina's most successful YMCA summer camps. Camp Edgerton near Raleigh was the first camp of the Raleigh YMCA. Small and inadequate, Edgerton may have been the spur for visionary Wyatt Taylor, then general secretary of the YMCA, to turn his attention toward the coast, where he dreamed of establishing a camp that would change the lives of hundreds, perhaps thousands, of young people. 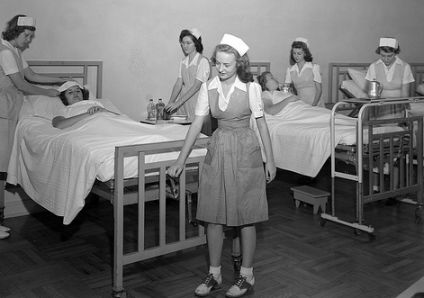 Camp Sea Gull was opened in 1948 on the banks of the Neuse River at Minnesott Beach. The camp grew rapidly, offering two camping sessions for boys and one precamp for girls. In response to popular demand, Camp Seafarer for girls was opened in 1961, with each camp located on 350 wooded acres with excellent access to the river and the ocean. Each year children ages 6 to 16 from all over the United States and several foreign countries enroll. In 1997, 37 states and 12 foreign countries were represented, with a total of 2,700 campers. The Capital Area YMCA's metro business office reports that an estimated $1.2 million is spent annually in Pamlico, Craven, and Carteret Counties as a result of these camps. The annual payroll for year-round camp employees, exclusive of summer staff, is approximately $1 million. These employees include electricians, plumbers, landscapers, and caretakers.

Heriot Clarkson, A Story of the Progress of the Kingdom through the Young Men's Christian Association of the Carolinas [1936?].

Weeks, Stephen B. "A history of the Young Men's Christian Association movement in North Carolina, 1857-1888 : read before the twelfth annual state convention in Charlotte, N.C., April 21, 1888, and published by the executive committee at the request of the convention." Raleigh, N.C.: Observer Printing Company. 1888. https://archive.org/details/historyofyoungmeweek (accessed May 16, 2013).