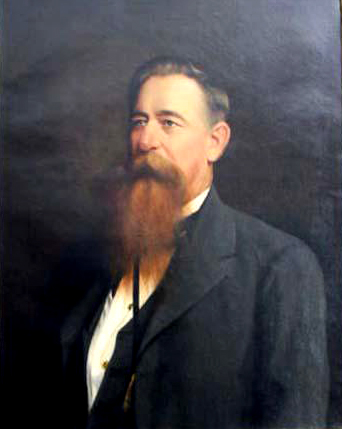 Charles Alston Cook, state legislator and judge, was the son of the Reverend Charles M. Cook and Havana Alston Cook of Warrenton. He attended The University of North Carolina for two years and then enrolled at Princeton University, where he was granted an A.B. in 1870. After study under William Eaton of Warrenton, Cook received his license to practice law in January 1872.

Like most white men in Warren County, where a large majority of voters were black, Cook began his political career as a Democrat. He served as solicitor of the county inferior court from 1878 to 1880. In 1882 he left the Democratic party, declaring that it had deserted its democratic principles. Two years later, at the age of thirty-six, he was the Liberal-Republican candidate for state attorney general.

Cook was a member of the state senate in the session of 1887, representing the counties of Vance and Warren. Following the national Republican victory in 1888, President Benjamin Harrison appointed him U.S. attorney for the Eastern District of North Carolina, an office he held for four years, until 1893. Cook was a delegate to the national Republican convention of 1892. He served his second term as a state senator in the Fusion legislature of 1895. The next year, when his friend Daniel L. Russell won the governorship, Cook returned to the General Assembly as a member of the house of representatives.

Appointed by Governor Russell to fill a supreme court vacancy, Cook was an associate justice from 1901 to 1903. Thereafter he moved to Muskogee, Okla., where he returned to the private practice of law. He was a Republican member of the new state's second legislature in 1909 and an unsuccessful candidate for the state supreme court in 1912. In 1914, just two years before his death, he was defeated as the Republican nominee for Congress in Oklahoma's Second Congressional District.

Cook married Marina Williams Jones of Warren County on 11 Oct. 1871. He was a trustee of The University of North Carolina from 1887 to 1901 and an active member of the Methodist church.