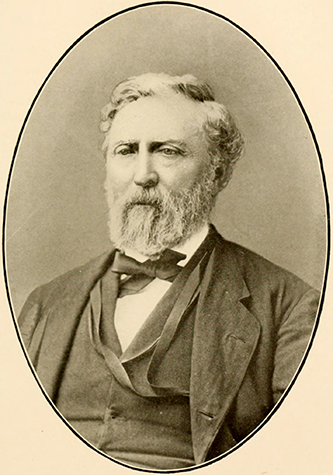 Allen Turner Davidson, lawyer, Confederate congressman, and member of the Council of State, was born in Haywood County, the son of William Mitchell, a Burke County farmer, and Betsy Vance Davidson. His grandfather was Major William Davidson, an officer in the American Revolution. Captain David Vance, also an officer in the Revolution, was his maternal grandfather. Both men fought as patriots. Young Davidson's mother was the aunt of Zebulon B. Vance. He was educated in the "old field" schools of Haywood County and at Waynesboro Academy.

At the age of twenty, Davidson began working in his father's general store. The following year he was commissioned a colonel in the state militia. Shortly thereafter he began to study law under Michael Francis. In 1843, while still a student, he was appointed clerk and master of equity for Haywood County, an office from which he resigned in the spring of 1846. On 1 Jan. 1845, he was admitted to the North Carolina bar and moved to Murphy to begin his law practice as a solicitor for Cherokee County.

In April 1860 Davidson was chosen president of the newly organized Miner's and Planter's Bank in Murphy. In October of the following year, as a Democrat, he was elected over two opponents as a member of the North Carolina Secession Convention. In June and July 1861 he served in the Provisional Congress of the Confederacy, and in 1862 he was elected to the House of Representatives of the Confederate Congress in Richmond, Va.

Davidson served his term with "quiet, but steady opposition to congressional encroachment on state or individual rights." From the outset, he allowed the Confederacy "full authority over matters of diplomacy, commerce, and transportation." He usually agreed to allow the "administration early, moderate requests, but resisted further requests for authority." However, he made no allowances for financing the Confederacy or for recruiting and maintaining an army.

He had been an "old Union" man, firmly opposed to secession. Opposing Davidson's group were the "original secessionists," those who had supported secession very early in the effort.

During his term in Congress, Davidson served on the Committee of Post Offices and Post Roads and the Committee of the Quartermaster's and Commissary Department. In 1863, he lost his seat to George W. Logan. Davidson's tact and moderation were not enough to please his constituents. Most North Carolinians, especially those in the western part of the state, were disgusted with the war. Logan, who called for peace at any cost, more nearly pleased the people in his district. After this election, although active in public affairs, Davidson never again held public office.

In 1864, North Carolina Governor Zebulon B. Vance named Davidson to the Council of State and an agent of the Commissionary Department of the State. Until the end of the war it was Davidson's duty to provide necessary goods for the widows of Confederate soldiers of western North Carolina.

Late in 1865, Davidson moved to Franklin in Macon County. Nearly four years later, early in 1869, he moved to Asheville. After this move, he rose to the top of his profession in western North Carolina and became president of the Asheville Bar Association. His record as a criminal lawyer was excellent: not one of the fifty-seven clients he defended in murder cases was executed. He retired in 1885.

Davidson married Elizabeth A. Howell in 1842; she was described as an "educated, Christian Lady who greatly assisted him in his professional and life work." They had four sons: Allen Turner, Jr., a teacher, school superintendent, and lawyer in Amarillo, Tex., who died at the age of twenty-seven; T. F., an attorney general of North Carolina; Wilbur S., a cashier of the National Bank of Beaumont, Tex.; and Robert Vance, a lawyer in Galveston, Tex. The Allens also had three daughters.

Davidson was a member of the Methodist Episcopal church, South, a Royal Arch Mason, and a stockholder in the First National Bank of Beaumont, Tex., and in the North Georgia Railroad. After his retirement, he lived with his son, T. F. Davidson of Asheville. He died in Asheville where he was buried in Riverside Cemetery.

Samuel A. Ashe, Cyclopedia of Eminent and Representative Men of the Carolinas in the Nineteenth Century (1892).