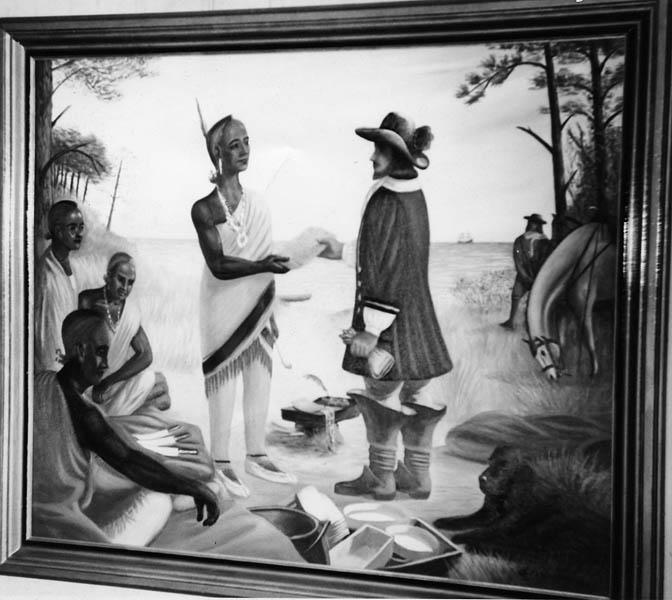 George Durant (Durand, Duren), leader in Culpeper's Rebellion, speaker of the assembly, and attorney general, migrated to Virginia from England before July 1658. Apparently he lived for a time in Northumberland County, Va., where he bought three hundred acres of land. In July 1658 he was a witness in the Northumberland County court. He seems to have left the county soon after his marriage the following January and to have lived for the next year or two in Nansemond County or perhaps Lower Norfolk.

For about two years after leaving Northumberland, Durant explored the Albemarle region, to which he later moved. At that time the area was part of Virginia and was known as Roanoke. It had recently begun to interest Virginians who were seeking land, and several had bought tracts from the Indians and moved into the region. In his explorations Durant was associated with Nathaniell Batts, a longtime explorer and fur trader in Roanoke, who was then living in Lower Norfolk County. In that period he also was associated with Richard Batts, a wealthy sea captain and merchant of Barbados who traded with Virginia and is thought to have been a brother of Nathaniell. As Durant was a mariner by occupation, he may have been employed in that capacity by Richard. In 1660 and 1661, however, he was devoting much time to the exploration of Roanoke, in which he may have been an employee of Nathaniell. Possibly he worked intermittently for both.

On 24 Sept. 1660 Durant and Richard Batts served as witnesses to a deed in which Kiscutanewh, king of the Yeopim Indians, sold to Nathaniell Batts all land on the southwest side of Pasquotank River from the mouth of the river to the head of New Begun Creek. The deed is the oldest for North Carolina land known to be on record. As the land conveyed was then in Norfolk County, Va., the deed was recorded there.

The following year Durant bought land in Roanoke. On 4 Aug. 1661 Cisketando, as king of the Yeopims, sold to Durant a tract on Perquimans River. On 1 Mar. 1661/62 Durant obtained a second deed, in which Kilcocanen, as king of the Yeopims, conveyed a point of land projecting into Albemarle (then Roanoke) Sound and lying between Perquimans River and Little River (then Katotine River). The second deed may have been a clarification and confirmation of the August deed, in which the description of the land was not so precise as in the later one. The land conveyed, then called Wikacome but now Durants Neck, is in present-day Perquimans County, where both deeds were recorded in 1716. They are the earliest deeds on record in North Carolina. Although the deed to Nathaniell Batts was earlier, it was recorded in Virginia, not North Carolina.

Durant probably began living on his Roanoke plantation as early as 1661, perhaps before the actual signing of a deed. In 1662 he already had built a house there and had cleared part of the land. Soon after he moved, however, complications arose regarding title to his land, which were not resolved during his lifetime. 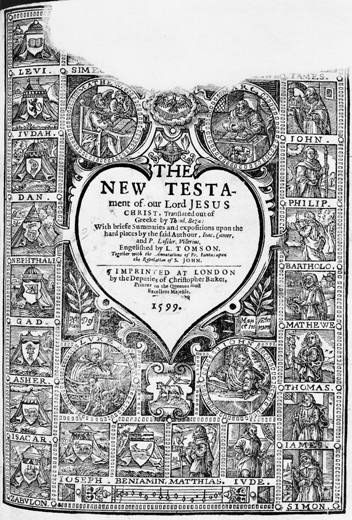 Apparently by request, Durant, while selecting land for himself, also chose land for a fellow Virginian, George Catchmaid of Nansemond County, to whom he recommended a tract adjacent to his own. In 1662, when Catchmaid came to view the land and arrange for settling it, he informed Durant of recent changes in governmental requirements for title to land in Roanoke, which no longer could be established by purchase from the Indians but instead required a patent from the Virginia governor. On learning of the new requirements, Durant determined to go to Jamestown and take out a patent, but Catchmaid offered to handle the matter for him and Durant accepted. Instead of securing a patent in Durant's name, however, Catchmaid had Durant's land included in his own patent, thereby obtaining for himself legal title to Durant's land. Although Durant obtained from Catchmaid a paper in which Catchmaid acknowledged Durant's right and promised to have the land patented in Durant's name, Catchmaid never obtained the patent. After Catchmaid's death Durant tried to get clear title through the general court of Albemarle but the court, although recognizing Durant's right, appears not to have had competence in such a matter. An effort to obtain a patent through Timothy Biggs, who had married Catchmaid's widow, also was unsuccessful, and it was not until 1697, after Durant's death, that the title was cleared. In that year a suit was brought in the North Carolina Court of Chancery by Durant's sons, who were their father's heirs, against one Edward Catchmaid of London, who was nephew and heir to George Catchmaid. The suit resulted in a decree giving Durant's sons title to their father's land, on which the family had then lived more than thirty-five years.

Despite the trouble about his land, Durant apparently decided by 1665 that he would live permanently in Roanoke. About that time he sold his land in Northumberland County and also several headrights entitling him to additional land in Virginia. By then the Roanoke area no longer was part of Virginia but had been included in the Province of Carolina and granted by King Charles II of England to eight of his supporters, who were designated Lords Proprietors of Carolina. The Carolina Proprietors, in turn, had named the Roanoke area the County of Albemarle and had set up their own government for the colony there.

By the 1670s Durant was one of the leading inhabitants of Albemarle. Although he appears never to have held the higher offices of the colony, he was one of the ablest and most influential men in the county. By the mid-seventies he was a leader of the political party representing the interests of the original settlers, who bitterly opposed the increasingly restrictive measures imposed on the colony by the Crown and the Proprietors. In 1675 or the following year Durant went to London and presented to the Proprietors the views of his party, protesting against conditions then existing in Albemarle and warning of trouble to come. When Albemarle erupted in the so-called Culpeper's Rebellion in late 1677, Durant was one of the chief leaders of the uprising. He apparently had participated in planning the revolt, and his arrival from London as mate on a ship bringing weapons served as signal for action. Later he was a leader in restoring order under the so-called rebel government. His home became headquarters for the government, which held meetings and for a time kept prisoners there.

In the later stages of the uprising Durant and another colonist went to London as agents to present to the Proprietors the colonists' views. They apparently made an effective presentation, for in reestablishing government under their own authority the Proprietors appointed to office some of the leaders of the recent uprising.

After de jure government was reestablished, Durant appears to have continued to exert great influence. In 1679 he was attorney general and also served as speaker of the assembly. Some of his contemporaries claimed that he had so much influence on the acting governor, John Jenkins, that in effect he was the governor.

Durant's influence in governmental affairs ended abruptly in late 1682, when Seth Sothel, one of the Proprietors, arrived and took office as governor. Sothel instituted procedures that increased the governor's power and gave him pretexts for exploiting and abusing the colonists. Durant seems to have openly opposed Sothel from the start. On 12 March 1682/83 he was brought before the county court to answer for "an infammous Libell he Writ." Apparently he was held in prison on order from the governor either before or after his court appearance or both. The court, which the governor controlled, ordered Durant to give the governor a bond with power of attorney to confess judgment. Although Durant appealed the order, the higher court also was dominated by Sothel, so the appeal only delayed his compliance. Eventually Sothel, using the bond and warrant as pretext, forced Durant to execute a deed conveying to Sothel his plantation containing about two thousand acres. The deed was dated 20 Dec. 1687. Sothel's treatment of Durant was one of the numerous abuses that led Albemarle inhabitants to rise against the governor in 1689 and banish him. It also was one of the charges for which the London Proprietors called Sothel to account when at last they took notice of his behavior.

Durant, who identified himself as a mariner in his will and other documents, appears to have continued in that occupation after settling in Albemarle. It is likely, however, that operation of his plantation and his political activities were his chief occupations. His home appears to have been operated as an inn, and his plantation seems to have been a center for enterprises providing a variety of services and commodities for the colony. In appearance, at least, he was innkeeper and merchant as well as planter and mariner. In fact, however, the business enterprises and at times the entire plantation were operated by Durant's remarkably able wife, Ann Marwood Durant. Contrary to the custom of the time, Ann Durant conducted business in her own name instead of her husband's, and on occasion she appeared in court as attorney for her husband or others. She was the first woman known to have appeared as an attorney in a North Carolina court, which she did as early as 25 May 1673.

George Durant and Ann Marwood were married by an Anglican minister in Northumberland County, Va., 4 Jan. 1658/59. Although some writers have identified Durant with other faiths, no evidence has been found indicating that either he or Ann subscribed to any but the Anglican faith. The couple had nine children: George, Elizabeth, John, Mary, Thomas, Sarah, Martha, Perthenia, and Ann. All except George lived to adulthood. At least six of the children married. John, the elder of the two surviving sons, married Sarah Cooke, daughter of Thomas and Ann Cooke. He became a council member and a justice of the general court. Thomas, the other son, married Elizabeth Gaskill; he appears not to have entered public life. The eldest daughter, Elizabeth, married Thomas Waller. Both she and her husband died about 1687, leaving two daughters, Elizabeth and Ann, who were taken into the custody of their Durant grandparents. Of Durant's remaining daughters, Sarah married Isaac Rowden, Ann married William Bartlett, and Perthenia first married Joseph Sutton and subsequently John Stevens. Most if not all of the couples had children.

In his later years Durant appears not to have been active politically, although it is likely that his influence was felt in the actions resulting in Sothel's overthrow and in later developments. His will, dated 9 Oct. 1688, was proved 6 Feb. 1693/94. In it he named his wife, who was appointed executrix; the six children then living; a brother, John Durant, who was then living in London; and three nephews—George, Henry, and John Durant—who were sons of his brother John.

Durant's wife survived him only a year. She died 22 Jan. 1694/95. The two no doubt were buried on their plantation, but the location of their graves is now unknown. Indeed, the exact location of their house has been lost.

"McCrory took oath of office on one of state’s oldest Bibles," January 5, 2013 by John Blythe: http://www.lib.unc.edu/blogs/ncm/index.php/2013/01/05/mccrory-took-oath-of-office-on-one-of-states-oldest-bibles/

Title page from the New Testament in the Durant Bible, 1599. The upper part of the page was torn by an early reader of the book. North Carolina Collection, University of North Carolina at Chapel Hill Library.