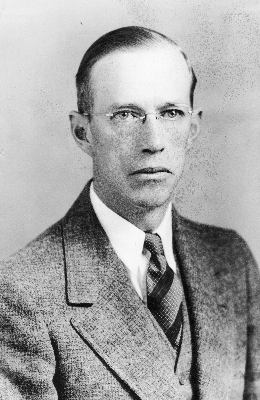 Monroe Evans Gardner, educator, scientist, and administrator, was born in Blacksburg, Va., the son of Charles Wesley and Flora Evans Gardner. He was educated at Blacksburg High School and Virginia Polytechnic Institute, where he received a B.S. degree in horticulture in 1918. He served in the U.S. Army Air Corps in 1917. From 1919 to 1922 he was assistant horticulturist with the Virginia Agriculture Experiment Station; from 1922 to 1925 he was instructor in and then associate professor of horticulture at Clemson College, S.C.; and from 1925 to 1927 he was principal and teacher of agriculture in Consolidated High School, Charlotte Courthouse, Va.

Gardner organized the North Carolina Association of Nurserymen in 1936, the North Carolina Apple Growers Association in 1947, and the North Carolina Commercial Flower Growers Association in 1954. In 1937, he initiated the movement that resulted in the first direct appropriation for agricultural research ever made by the North Carolina General Assembly. He won the L. M. Ware Distinguished Teaching Award in 1961 and became a Fellow of the American Society for Horticultural Science in 1967. He belonged to Phi Kappa Phi (1963), Alpha Zeta, Pi Alpha Xi, and the Farm Fraternity. The M. E. Gardner Arboretum was named for him in 1972. In addition to numerous articles for trade journals, he wrote a weekly newspaper column, "Garden Time," for sixteen years and was editor of "Challenging Careers in Horticultural Science." He stated: "There is nothing glamorous about teaching as far as professional recognition is concerned, but there are deep and lasting satisfactions."

Gardner married Margaret W. Coleman of Danville, Va., who died in 1973; the couple had two sons: Charles Evans and Monroe Evans, Jr. He was buried in Montlawn Cemetery, Raleigh.