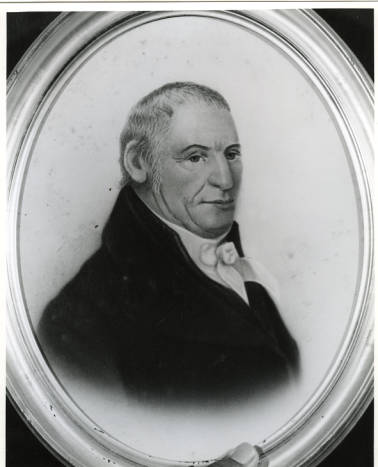 Peter Hairston, who was named for his grandfather, a Scottish immigrant, was—judging from the voluminous records he left—a man of some education. It is said that he could spell but often he did not. In 1780, he moved with his father's family to that part of Pittsylvania that later became Henry County, Va. In the American Revolution he took part in the 1776 raid against the Cherokees, in the first battle of the Shallowford, and, as a captain, in the Battle of Guilford Court House.

In 1782 Hairston was a deputy under his father, who had been appointed sheriff of Henry County. In April of the same year he married Aylcie Perkins, a daughter of Peter Perkins. Hairston, as early as 1781, began acquiring large tracts of land in Stokes (then Surry) County, N.C. In the spring of 1786 he moved with his wife and only daughter, Ruth Stovall Hairston (1784–1867), to upper Saura Town. There he engaged in many business enterprises including ironworks, a country store in Germanton, the exporting of ginseng and bearskins, and increasingly large tobacco and corn plantings. Hairston also served four terms in the North Carolina state senate (1792–1800) as a Federalist. In 1814, his wife died and his daughter Ruth took over much of his record keeping. Ruth married her cousin Peter Wilson Hairston and their only child, Agnes, married Samuel Hairston.

In 1817, Peter Hairston purchased from Jesse Pearson the 2,300-acre Cooleemee Plantation in Davie and Davidson counties, thereby adding cotton growing to his enterprises. His landholdings extended over 12,000 acres in Piedmont North Carolina. He died and was buried at Saura Town. His property was willed to his daughter and her descendants, except Cooleemee, which was devised separately to a great-grandson, Peter Wilson Hairston.

Elizabeth S. Hairston, The Hairstons and Penns and Their Relations (1940).