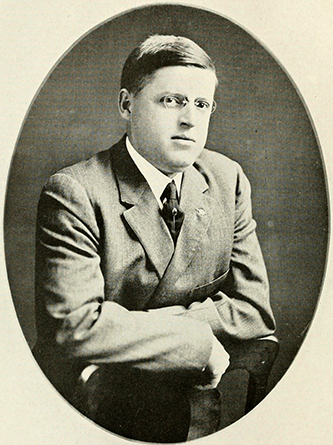 Houston Boyd Hiatt, physician, surgeon, and radiologist, was born in Greensboro, the son of John Rufus and Ella Leora Otwell Hiatt. He attended Mrs. Bettie Wright's School in Sampson County, Fayetteville Military Academy, Horner's Military Academy, and The University of North Carolina. Hiatt was graduated from the University of Maryland School of Medicine, interned at Johns Hopkins Hospital, and pursued postgraduate work at Johns Hopkins and in St. Louis, Mo., under Dr. George Dock. He entered private practice first in Clinton with Dr. Algernon Lee, then went to Asheboro. Beginning in 1913 he practiced in High Point until ill health forced his retirement.

In 1916 Hiatt was a lieutenant with the First North Carolina Field Hospital, North Carolina National Guard, on the Mexican border. During World War I he served as medical examiner for the local draft board. One of the first radiologists in the state, Hiatt was a Fellow of the American Medical Association and a member of the North Carolina Medical Society and the Guilford County Medical Society (president, 1931). He was the local surgeon for the Southern Railway, a visiting consultant in internal medicine and X-ray to the State Hospital at Morganton, and a staff member of the Guilford General Hospital in High Point and of Sternberger's Hospital in Greensboro.

Among his civic activities, Hiatt served as first chairman of the Parks and Juvenile Commission, an organizer and official of the Boy Scouts of America, president of the Rotary Club, and member of the board of directors of the Salvation Army and of the Board of Associated Charities. An Episcopalian, he was a vestryman of his church.