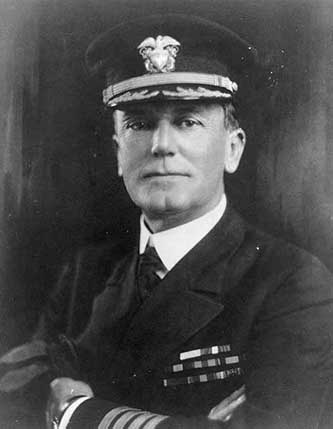 Rufus Zenas Johnston, naval officer, was born in Lincolnton, the son of Robert Zenas, a Presbyterian minister, and Catherine Caldwell Johnston. He was educated in the Lincolnton public schools and was graduated from the U.S. Naval Academy in 1895. Three years later Johnston served on the battleship Oregon during the Spanish-American War. Afterwards he saw service in the Philippine insurrection and the Boxer Rebellion in China. For distinguished conduct in 1914 at Vera Cruz, Mexico, he was awarded the Congressional Medal of Honor (the Vera Cruz engagement was the result of strained relations between a revolutionary Mexican government and the United States).

Johnston commanded the Newport Naval Training Station from 1915 until the country entered World War I. During the war he served as commander of the USS Minneapolis and received the Navy Cross for escorting 107 merchant supply vessels to France.

In 1925, Johnston was graduated from the Naval War College and made chief of staff at that institution. He was chief of staff of the First Naval District in Boston from 1928 until his retirement in 1930. Although Johnston retired as a captain, he was promoted to the rank of rear admiral, retired, in 1948. This was made possible by a law that allowed men on the retired list to be promoted provided they had been decorated for bravery.

After his retirement, Johnston resided in Newport, R.I. Becoming active in civic affairs, he served as chairman of the park commission and as a member of the board of managers of the Armed Services YMCA. He was a member of the U.S. Naval Institute and of the Army and Navy Club of Washington, D.C.