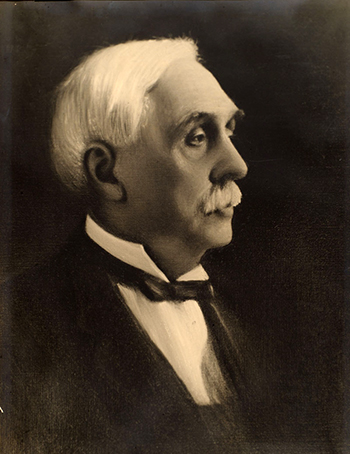 Thomas Williams Mason, planter, judge, railroad commissioner, and orator, was born at Brunswick plantation in Brunswick County, Va. He was the youngest child of Dr. Nathaniel, Jr., and Temperance Arrington Mason, the daughter of Mourning Ricks and Joseph Arrington, sheriff of Nash County, N.C. Thomas Williams Mason was the grandson of Judith Stewart and Captain Nathaniel Mason of the Fourth Virginia Regiment of the Continental line. He was the great-grandson of Mary Eppes and Colonel David Mason, of Shell Bank in Sussex County, Va., who was a member of the Virginia House of Burgesses and of the Virginia Revolutionary Convention (1775–76) and colonel of the Fifteenth Virginia Regiment of the Continental line.

Young Mason was named for his first cousin, Nathaniel Thomas Williams, of Bloomfield plantation in Southampton County, Va., who, it is said, was visiting Brunswick at the time. Out of pleasure at the name, Williams gave his namesake Huon, a cotton plantation on the Mississippi River in Madison Parish, La. In the fall of 1851, at age twelve, after being taught by private tutors in Brunswick, Mason was sent to boarding school in Ridgeway, Warren County, N.C., where he spent his first night away from home. In 1854 he entered The University of North Carolina. At Chapel Hill he became a charter member of Delta Kappa Epsilon and a member of the Philanthropic Society.

In the spring of 1858 Mason was graduated from the university and gave the salutatory address. By then he had decided to study law at the University of Virginia and to pay court to Elizabeth Marshall Gray, the daughter of William Henry Gray of Longview plantation near Garysburg in Northampton County. In 1860 Mason was graduated from law school, and, with war approaching, he and Betty Gray were married at Longview on 25 September.

With the outbreak of the Civil War, Mason, who had gone to Louisiana on business, returned from Huon and was soon commissioned lieutenant and aide-de-camp on the staff of Brigadier General Robert Ransom. In June 1862 Ransom's brigade was ordered to Virginia, and in September Mason fought at Sharpsburg in what became the bloodiest battle of the war. Mason's letters paint a vivid picture of the carnage and its enormous impact on him. In 1863 he returned to North Carolina with Ransom's brigade to protect the Wilmington and Weldon Railroad. After the engagement at Boone's Mill near Jackson in late July 1863, Mason did not return to Virginia until the brigade joined General Robert E. Lee's forces near Petersburg in May 1864. From then until May 1865, the brigade held the line from the Appomattox River to the Crater. Following the surrender at Appomattox, Mason, by then a captain, returned to Northampton County.

Making his home at Longview with his wife's parents, he began to oversee his farming operations in Virginia and Louisiana. During these years Mason often spent the winter at his Louisiana plantation. In 1876 he was admitted to the bar of Northampton County and in 1877 was chosen presiding judge of the inferior court for Northampton County, an office he held until 1885. In the fall of 1884 he was elected to the North Carolina Senate for one term; he served again in the senate in 1905 and in the house in 1915. From 1891 to 1894 he was a member of the North Carolina Railroad Commission. A noted orator and classicist, Mason gave a number of memorable speeches, including addresses at the celebration of The University of North Carolina's centennial and at the laying of the cornerstone of the Confederate monument on the west front of Capitol Square in Raleigh in May 1895.

In 1894 Mason was the nominee of the Democratic caucus for U.S. senator but lost to Marion Butler. In 1896 he ran unsuccessfully as the Democratic nominee for lieutenant governor, carrying the burden of the entire campaign because of the illness of the gubernatorial candidate, Cyrus Watson. He was a member of the board of trustees of The University of North Carolina from 1885 to 1909.

A lifelong Methodist, Mason was a member of the Garysburg Methodist Church and an active layman whose family had, since the early nineteenth century, helped build the Methodist church from its earliest circuits in the Roanoke Valley. He died at Longview and was buried in the Garysburg Methodist churchyard. On 9 Nov. 1959 a portrait of Mason was unveiled at the Northampton County Courthouse in Jackson. Other portraits hang at Longview and at the residence of a great-granddaughter.

W. W. Hall, "The New Railroad Commissioners: Brief Sketches of Their Lives Together, with Likenesses of Each of the Gentlemen," in Stephen B. Weeks Scrapbook, vol. 7 (North Carolina Collection, University of North Carolina, Chapel Hill).

Royal Eason Ingersoll, The Masons of South Side Virginia (1958).