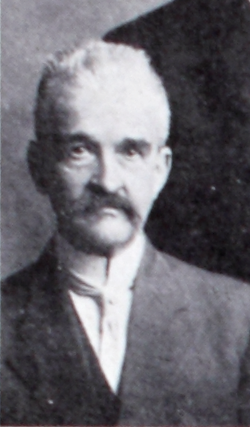 Wilbur Fisk Massey, horticulturist, educator, and agricultural journalist, was born in Onancock, Accomac County, Va., the son of James A. and Anne Parker Massey. After spending much of his childhood in Philadelphia, he attended Washington College in Chestertown, Md., and Dickinson College in Carlisle, Pa. In the late 1850s Massey went west and worked on a number of railroads. At the outbreak of the Civil War, he returned to Virginia and served for a time in the Confederate army.

After the war Massey was an administrator in the Kent County, Md., school system and at the same time developed a nursery and florist business. From his experiences in the West and through his own horticultural enterprises, he formulated ideas about the sensible use of land and determined to promulgate them as an educator. Consequently, in 1884 he took a position as professor of horticulture at the Miller School near Charlottesville, Va. Through his teaching of practical agriculture, he became known to land grant college educators in both Virginia and North Carolina. Massey twice declined offers of a professorship at Virginia Polytechnic Institute before accepting a position on the original faculty at the North Carolina College of Agriculture and Mechanic Arts (now North Carolina State University) in Raleigh. He served as professor of horticulture from 1889 to 1901 and as horticulturist of the North Carolina Agricultural Experiment Station from 1889 to 1905.

In 1905, after leaving North Carolina, Massey was editor of the Practical Farmer, published in Philadelphia, for about three years. For the remainder of his active career he was an agricultural journalist and an associate editor of a number of periodicals, including the Southern Planter, Southern Farm Gazette, Market Growers' Journal, Southern Agriculturist, and Progressive Farmer. In the pages of these journals he crusaded for more progressive agricultural practices, especially those that contributed to soil improvement. He sought to interest farmers in planting legumes, especially the cowpea, for their nitrogen-enriching capabilities. So dedicated was Massey to this task that he became known as "the father of the cowpea." He also published Practical Farming for the American Farmer (1907) and Massey's Garden Book for the South (1910). For his efforts North Carolina State College of Agriculture and Engineering awarded him an honorary doctor of science degree in 1917.

Massey continued writing for agricultural periodicals until shortly before his death at age eighty-three. He summed up his career with this statement: "My morning prayer for forty years has been that I might that day help someone to a better use of God's soil."

On 4 May 1861 he married Sarah E. M. Phoebus of Somerset County, Md. After her death he married her sister, Aurilla James Phoebus, on 4 Apr. 1876. These two marriages produced nine children, one of whom was Arthur Ballard Massey, who became a noted botanist at Virginia Polytechnic Institute. Massey died in Salisbury, Md.

"W.F. Massey Associate Editor." Photograph. Raleigh illustrated: Raleigh, North Carolina, containing a comprehensive review of the natural advantages and resources of Raleigh... together with historical reviews of those representative concerns and biographical sketches of prominent men who have materially assisted in placing this community in high position. Raleigh, N.C: Chamber of Commerce and Industry, and The Merchants Association. 1910. 48. http://digital.ncdcr.gov/cdm/ref/collection/p249901coll37/id/23934 (accessed December 31, 2013).