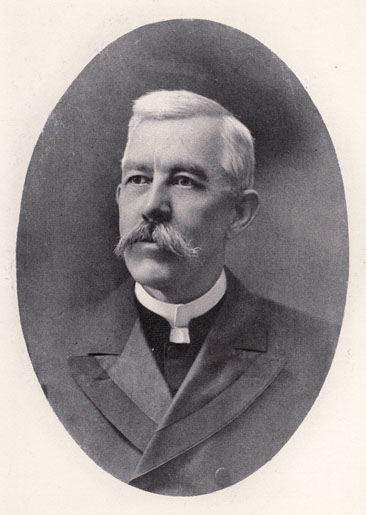 Alexander Doak McClure, Presbyterian clergyman, was born at Lewisburg, Tenn., the son of Robert Green and Mary Elizabeth Ewing McClure. He attended the College of New Jersey (now Princeton University), receiving a B.A. in 1874 and an M.A. in 1877, and later enrolled at Princeton Theological Seminary where he was graduated in 1879.

During the school year of 1874–75, McClure acted as principal of Jones Academy in Maury County, Tenn. North Mississippi Presbytery ordained him to the work of the gospel ministry on 15 Apr. 1878. He was stated supply of the Presbyterian church at Oxford, Miss., from 1877 to 1880 and then served successively as pastor of the Bardstown, Ky., Church (1880–82), the Highland Church of Louisville, Ky. (1882–88), and the Maryland Avenue Church of Baltimore, Md. (1888–91). In the latter year McClure accepted a call to St. Andrew's Presbyterian Church in Wilmington, N.C., where he remained until his death twenty-nine years later.

In Wilmington his ministry reached beyond the bounds of his congregation, though he served it devotedly. McClure was known and beloved for his calls on the town's businesses which he made every Monday, his teaching at the YMCA, his contacts as chaplain of the Seaman's Bethel, his work at the James Walker Memorial Hospital, his visits to area prison camps, and his preaching at various points throughout the surrounding region. The community's wide affection for him was evident at the time of his funeral, when thousands of people, unable to gain entrance into the church, stood outside in the street during the service. Moreover, twelve trucks were required to carry the floral arrangements from the church to the cemetery where he was buried.

McClure was a delegate to the meeting of the Alliance of Reformed Churches held in Belfast, Ireland, in 1884 and moderator of the Synod of North Carolina in 1896. He received an honorary D.D. degree from Davidson College in 1901. In addition to various contributions to the religious press, he was the author of Another Comforter, a devotional volume published in 1897 by Fleming H. Revell Company.

On 31 Dec. 1878 he married Louise Bergman Miller of Oxford, Miss. They had three children: Eunice, Alexander Miller, and Ewing Girham; the first and third child died in infancy. His wife died in 1886. On 27 Mar. 1888 he married Frances Roberta Callaway of New Castle, Ky., and they became the parents of a son, Robert Edwin, and a daughter, Elizabeth Lyle (Mrs. D. P. McGeachy, Jr.). McClure died at Mount Olive and was buried in Oakdale Cemetery, Wilmington. His portrait is in St. Andrew's–Covenant Presbyterian Church of Wilmington.

Minutes of the Synod of North Carolina, 1920. https://archive.org/details/minutesofannuals20pres (accessed September 24, 2014).