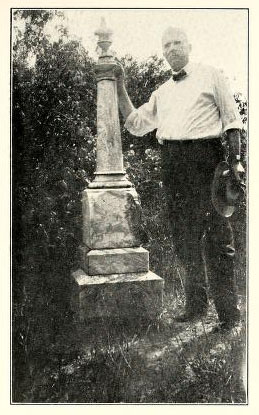 Hector McLean, physician, surgeon, and medical educator, was born in Hoke County, the son of John and Christian McLean. His grandparents, Hector and Jennet Murphy McLean, came to America from Scotland and settled in the Antioch–Red Springs area of North Carolina around 1770. Little is known of McLean's early life, education, or medical training. He was reported to have received a doctor of medicine degree about 1840 from the University of Louisville, but there are no extant records to document the claim.

During the two decades prior to the Civil War, McLean developed an extensive medical and surgical practice and became widely respected for his skills and knowledge. About 1850 he began clearing land near Raeford for his plantation and home site of Edenborough, a large estate that eventually had approximately five hundred acres under cultivation. Sometime during this period, probably as early as 1850, McLean began training medical students under the preceptor system. At least some of his students went on to receive medical degrees from accredited institutions, such as the New York University. It is likely that McLean made the transition from a preceptor system for individual students to a formal medical school curriculum during or just after the Civil War, since the building used as the medical school may have been constructed in the early 1860s.

After the war McLean petitioned the North Carolina General Assembly for a charter to incorporate the medical school. This was granted by an act of the legislature in February 1867, and McLean began formally operating the Edenborough Medical College, the first

chartered school of medicine in North Carolina. Although most of the details of its history were lost, McLean signed all the diplomas and was probably the only faculty member. The medical school building located on McLean's estate was a two-story frame structure, with the upper floor for the lodging of students and the lower floor divided into four rooms for lectures, dissections, and clinical instruction. McLean used his extensive rural practice as the basis for all clinical training of students, who numbered a maximum of eight per year.

The Edenborough Medical College continued under McLean's directorship until 1876, when the Medical Society of the State of North Carolina appointed a committee to investigate certain "irregularities" in the operation of the school. In May 1877 the committee voted to recommend that the General Assembly rescind the 1867 charter. Apparently the inquiry never progressed to the point of revoking the charter, since McLean's death effectively ended the school's existence in late 1877. Although the Medical Society had expressed grave concerns over the quality of the graduating students, McLean's pioneering efforts in medical education clearly produced a number of skilled practitioners in North Carolina. Formal medical education resumed in the state only two years after his death, when The University of North Carolina opened its medical school in 1879 with Dr. Thomas W. Harris as dean.

McLean married Flora McNair (1829–1910). They had one son, Angus Murphy (1855–88), who trained under his father and practiced medicine until sometime before his death. McLean and his family were buried in the family cemetery at Edenborough.

J. Howell Way and L. B. McBrayer, "Medical Colleges in North Carolina," Transactions of the Medical Society of North Carolina 75 (1928).