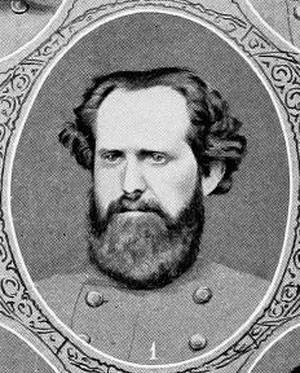 Duncan Kirkland McRae, lawyer, diplomat, and Confederate officer, was born in Fayetteville, the son of John (1793–1880), a local editor and postmaster, and Margaret S. Kirkland McRae (1797–1820). He attended local schools before entering The University of North Carolina in 1835. In 1837 he transferred to the College of William and Mary, where he was graduated with high honors. After studying law with Judge Robert Strange, he was admitted to the bar in 1841. Setting up a practice in Oxford, McRae quickly gained prominence as an outstanding criminal lawyer and speaker. His reputation for oratory perhaps was the basis for the legend that on the visit of the Marquis de Lafayette in 1825, five-year-old Duncan gave an eloquent speech of welcome at a public reception for the general. After just a few months in Oxford, McRae left to serve the State Department as a courier of dispatches to Mexico City.

His political beliefs did not follow party lines; he had strong Whig sympathies on many issues, having been schooled in the Calhoun brand of states' rights democracy. Joining the Democratic party, he sought his first elective office in 1842, when he was chosen to represent his native county in the state House of Commons.

After this single term in the legislature, McRae decided that he preferred practicing law and he opened an office in Raleigh. During his seven years there he became an expert in criminal law and, according to the North Carolina Bar Association (Proceedings, 1920), the "greatest criminal lawyer the State has produced." In 1851 he moved to Wilmington to take up a banking venture while also continuing his practice. It was during this period that he participated in the case for which he is most renowned, defending his childhood sweetheart, Ann Simpson, who was charged with murdering her husband. She was acquitted, but later McRae said that he knew her to be guilty.

In 1853 he ran for Congress from the Cape Fear District against William S. Ashe, a favorite of the Pierce administration. As a result, largely through the efforts of a colleague of Ashe, North Carolina-born Secretary of the Navy James C. Dobbin, McRae was offered the post of consul to Paris in return for his withdrawal from the race. McRae later claimed that he was drugged into capitulation. As a consul he served as secretary to the Council of American Foreign Ministers and was appointed to be bearer of the Ostend Manifesto from London to Washington, D.C. In 1857 he resigned because of poor health and once again returned to the practice of law, this time in New Bern.

The 1858 state Democratic convention was badly split over whether the proceeds from the sale of public land should be used for internal improvements. Those in favor of the proposal bolted the party and, with the support of the remnants of the American or Know-Nothing Whigs, nominated McRae for governor. Aside from the public land issue, McRae ran on a platform calling for the stimulation of diverse economic development in North Carolina and removal of what he felt was undue emphasis on the slavery issue. The party regulars nominated the ultimate victor—John W. Ellis.

At the outbreak of the Civil War, Ellis appointed McRae a colonel, assigned to duty on 15 July 1861 with the Fifth North Carolina Regiment, which was formed at Halifax that month. Within days the regiment was at Manassas Junction, Va., in General James Longstreet's brigade. It saw its initial action at the first Battle of Manassas on 21 July.

After fighting several small skirmishes while in winter quarters in northern Virginia, the Fifth Regiment, as part of General Jubal Early's brigade, was one of the first to arrive on the peninsula to stop General George G. McClellan's advance on Richmond. At Williamsburg on 5 May 1862, McRae led a gallant charge against a strong Union position commanded by General Winfield S. Hancock, who later stated that the Fifth North Carolina "should have 'immortality' inscribed on their banner." Following the wounding of Early, McRae was given command of the brigade, but he became seriously ill from a minor injury received at Williamsburg and could not assume the post, which then passed to Colonel Samuel Garland.

McRae was able to return as the commander of the Fifth North Carolina for the Battle of Boonsboro (or South Mountain) on 13 Sept. 1862. On the death of Garland early in the battle, he assumed command of the brigade, holding the far right of the Confederate line against heavy frontal assaults until heavy casualties forced him to withdraw. Four days later, at the Battle of Sharpsburg (Antietam), with McRae still in command, the brigade fought in the infamous Corn Field, suffering the loss of the majority of the brigade, including McRae, who was badly wounded. Passed over for promotion, McRae resigned effective 13 Nov. 1862.

On his recovery in 1863, Governor Zebulon B. Vance appointed him as special envoy to southern Europe to find a market for North Carolina cotton and to buy very badly needed supplies. On the successful completion of this mission, he returned to run for a seat in the Confederate Congress but was defeated. He then founded a newspaper, The Confederate, at Raleigh, which was an organ for the Davis and Vance administrations. McRae stayed in Raleigh to publish the paper until General William T. Sherman's troops arrived.

After the war, because he felt that the Reconstruction government would not provide an atmosphere in which he could work comfortably, he moved to Memphis, Tenn., to practice law in the firm of McRae and Sneed. He eventually returned to North Carolina in 1880 and practiced in Wilmington.

McRae married Louise Virginia Henry, the daughter of Judge Louis D. Henry of Raleigh, on 8 Oct. 1845. They had three daughters: Margaret Kirkland, Virginia Henry, and Marie. McRae was always rather frail, and his wounds worsened his condition. He spent his last years in rapidly declining health. Seeking special medical attention, he went to Chicago in 1879 and to New York City in the summer of 1887. He died in Brooklyn as a final result of his war injuries and was buried in Woodlawn Cemetery, New York City.

Not until reading this

Not until reading this fascinating article did I realize what a complex and interesting character was Duncan McRae.
GWRohrer, NPS Certified
Antietam, Harpers Ferry, & South Mountain
Battlefield Guide