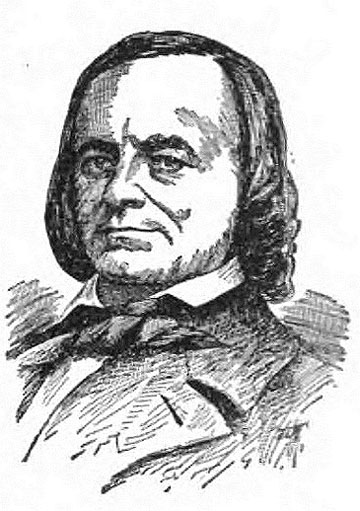 John Jones McRae, editor, governor of Mississippi, U.S. senator, and Confederate congressman, was born in McFarlan, Anson County, the son of Elizabeth Mary and John H. McRae. In 1818 his family moved to Mississippi and settled at Winchester. His father's success as a trader and commission merchant, with his own fleet of barges and schooners, made it desirable for the McRaes to move to the mouth of the Pascagoula River in Jackson County in 1827. John Jones was educated at Frederick's School in Pascagoula, by private tutors, and at Miami University, in Ohio, from which he was graduated in 1834. After studying law at Pearlington in Hancock County, he was admitted to the bar in 1835.

After practicing law, McRae edited the Eastern Clarion at Paulding in the 1840s. During the depression of 1840 he suffered financial losses that he never regained. His first venture into politics resulted in his election as a Democrat to the lower house of the legislature in 1848 and as speaker in 1850. He served in the U.S. Senate from 19 Dec. 1851 to 17 Mar. 1852, filling out the unexpired term of Jefferson Davis until a successor could be elected.

McRae's major political contribution was as governor of Mississippi for two full terms (January 1854–January 1858). His achievements included the establishment of an institution for the deaf and dumb, completion of the hospital for the insane, the state investment of $1.5 million in railroads, and the adoption of a code of laws. McRae and his brother especially pushed the development of the Mobile and Ohio Railroad. Elected to fill the unexpired term of Congressman John A. Quitman, McRae was elected to another full term, serving from December 1858 until January 1861, when he withdrew in support of the secession of his state.

He was most noted for his advocacy of reopening the African slave trade and seceding if Abraham Lincoln won the presidency. When Lincoln was elected, McRae counseled secession. As an elected member of the lower house of the Confederate Congress from 1862 to 1864, he was committed to the program of the Davis administration. Disaffected by the conduct of the war in Mississippi, his constituents did not return him to Congress. When the war ended, McRae was in ill health and "utter despair." In May 1868 he departed for Belize, British Honduras, to visit his brother Colin and died a few days after his arrival.

In 1835 McRae married a Mrs. McGuire, a widow. In personal appearance he was of slight build, and in temperament he was high-strung and excitable. In deportment he was genial, generous, frank, and courteous to all persons.