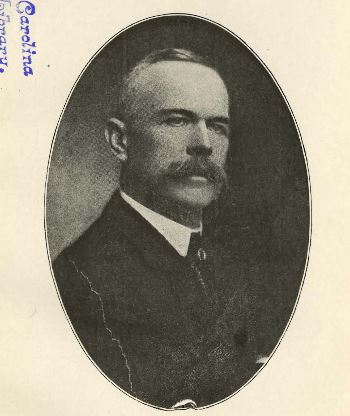 Robert Morrison Miller, Jr., textile manufacturer and capitalist, was born in Pleasant Valley, Lancaster County, S.C., the son of Robert Morrison and Ann Elizabeth Cureton Miller. His father was a planter, large slave owner, and merchant in South Carolina who served as a major in the Confederate army. After moving his family to Charlotte in 1866, he entered the wholesale and retail merchandising business, bringing flour and meat by railway car from the West.

Young Miller was graduated from Finley High School in Lenoir and in 1876 received a bachelor's degree from Davidson College, where he won a medal for declamation. He and his brother, Roland A., were associates in their father's business, R. M. Miller and Sons, for six years. At that point Robert left the company to establish, with D. A. Tompkins, a mill machinery firm that was to become a key factor in Charlotte's development as a cotton manufacturing center. Ten years later, in 1892, he and Tompkins became pioneers in the spinning of fine cotton yarns in the South at the Atherton Cotton Mills. By 1898 Miller had progressed to even finer yarns at his newly built and model Elizabeth Mills, two miles outside of Charlotte. He had served as vice-president and treasurer of the first two businesses and was president and treasurer of his new mill. During his career, he held similar positions in many other companies including the Chester and the Catawba mills, Millerton Homes, the Buford Hotel, and Buford Homes.

Before his death Miller had retired from all of his positions of responsibility except that of vice-president and director of Union National Bank in Charlotte and head of the Port Terminal Special Study Commission. He had been appointed to the latter post by Governor Cameron Morrison, on authority of the General Assembly, to determine the feasibility of establishing and maintaining ocean ports and terminals on North Carolina's coast. Miller, who suffered from a chronic heart condition, died while he and his wife were vacationing in Atlantic City, N.J.

On 6 Feb. 1890 Miller married Estelle Ross, the daughter of John Patterson and Sara Oliver Ross of Charlotte. Their only child, Sara Elizabeth, became the wife of David Wills Hunter, who was connected with the Saco-Lowell Shops in Boston and afterwards resided in Rock Hill, S.C. The only other surviving relative was his sister, Mrs. Lilias B. Miller Wheeler of Danville, Va. He was buried in Elmwood Cemetery, Charlotte.