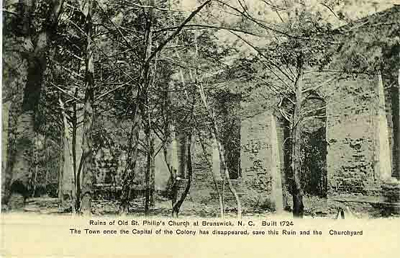 Maurice Moore, soldier, legislator, and planter, was born in the Goose Creek section of Berkeley County, S.C., the son of James and Margaret Berringer Moore. His father was governor of South Carolina from 1700 to 1703.

Maurice Moore made his first appearance in North Carolina in 1712. He arrived as a captain in a troop of soldiers under the command of his older brother, Colonel James Moore, to assist North Carolina in the war against the Tuscarora Indians. Colonel Moore, with his force of thirty whites and over eight hundred Indians, defeated the Tuscarora after several months of bitter fighting. Shortly afterwards he returned with his troops to South Carolina, but Captain Maurice Moore remained in the Albemarle section for the next ten years.

Only two years after the defeat of the Tuscarora, the Yamassee Indians and their allies attacked white settlements in South Carolina, threatening the extinction of many of them. On receiving a call for help from the governor of South Carolina, the governor of North Carolina responded by sending two companies of volunteers, one of which was under the command of Colonel Maurice Moore. In the summer of 1715 Moore began his march to South Carolina. While passing through the Cape Fear section, he learned that the Cape Fear and Waccamaw Indians planned to ambush his troops. Because of the warning Moore not only avoided the ambush but also decisively defeated the Indians. His victory over the Cape Fears at this time opened up the southern part of North Carolina for future settlement. On reaching South Carolina, Moore and his troops played a significant role in bringing the Yamassee War to a successful conclusion. His most important contribution was to persuade the Cherokee not to join with the Creeks against the whites. Members of the South Carolina Assembly expressed their appreciation in a resolution of thanks "for his service to this Province, in his comeing so cheerfully with the forces brought from North Carolina to our assistance, and for what further services he and they have done since their arrival here."

Exactly where Maurice Moore lived in the Albemarle section is uncertain, but it is known that in the Vestry Act of 1715 he was named a vestryman for Perquimans Parish. He appears to have been active in the political affairs of North Carolina shortly after settling there. In 1718 he and his brother-in-law, Edward Moseley, strongly suspected that Governor Charles Eden and Chief Justice Tobias Knight were involved in the piratical acts of Edward Teach (Blackbeard). To verify their suspicions, they broke into the secretary's office and seized the public records. They failed to prove their accusations against Eden and Knight, who were exonerated by the colonial Council. Moore and Moseley were tried by the General Court for breaking into the secretary's office and each was given a fine.

On 28 Mar. 1723 Moore was sworn in as a member of the governor's Council, having been appointed by Joseph Blake, Jr., one of the Lords Proprietors. He served on the Council until his election to the House of Burgesses in 1725. At the November session of that year, Moore was elected speaker of the house. In 1734 he won a seat in the House of Burgesses from New Hanover County; he continued to represent that county until his death.

During the years 1725–34 Moore did not participate in political affairs. Instead, he was engaged in acquiring lands in the Lower Cape Fear and in attempting to establish a permanent settlement in that section of the colony. He had become acquainted with this region when going to the assistance of South Carolina in 1715. As early as 1724, he had secured from Governor George Burrington patents for more than seven thousand acres of land in that section. To encourage settlement, Moore, in 1725, "appropriated and laid out a certain Parcel of Land, containing Three Hundred and Twenty Acres, on the Southwest side of Cape Fear, for a Town" that he named Brunswick in honor of the royal family. The site was about fifteen miles from the mouth of the Cape Fear River. Over the next several years Moore's two brothers, Roger and Nathaniel, arrived from South Carolina to take up lands in the region. Friends and relatives of his from the Albemarle section also acquired large holdings there.

In the fall of 1731 Governor Burrington persuaded the Council to order Maurice Moore, Edward Moseley, and John Porter to appear before it to give an exact account "of Every Tract they hold" on the Cape Fear and "by what Title they Claim the same." Burrington maintained that these gentlemen "Claim Such great quantities of Land . . . that new Comers Cannot find Lands to take up." The governor was not completely objective in his accusation, since at the time he and Moore were engaged in a dispute over certain land boundaries. Maurice Moore appeared before the Council in January 1732 and stated that he owned about fifteen thousand acres in the Cape Fear region, for which he produced documentary proof. In addition to the lots he retained for his own use in the town of Brunswick, his principal holdings were in the Rocky Point section on the northeastern branch of the Cape Fear, where he built his home.

Moore was active in public affairs until the end of his life. In the spring of 1743 the governor of South Carolina requested permission of the government of North Carolina to raise a regiment of one thousand men in that colony for the defense of Georgia and South Carolina in case of a Spanish attack. The request was granted, and Colonel Maurice Moore was commissioned to command the regiment. While raising troops to assist South Carolina, Moore died near Edenton. The place of his burial is unknown.

Moore married first Elizabeth Lillington, the daughter of Alexander Lillington and the widow of Samuel Swann. They had four daughters: Mrs. Thomas Jones, Mrs. John Porter, Mrs. Francis Corbin, and Mrs. George Minot. His second marriage was to Mary Porter, by whom he had one daughter and two sons: Rebecca (Mrs. John Ashe), Maurice, Jr., and James.

Moore, Maurice. Memorandum from inhabitants of North Carolina to the Board of Trade of Great Britain concerning land grants. Colonial and State Records of North Carolina. Documenting the American South, University of North Carolina at Chapel Hill. https://docsouth.unc.edu/csr/index.html/document/csr04-0115 (accessed September 24, 2013).