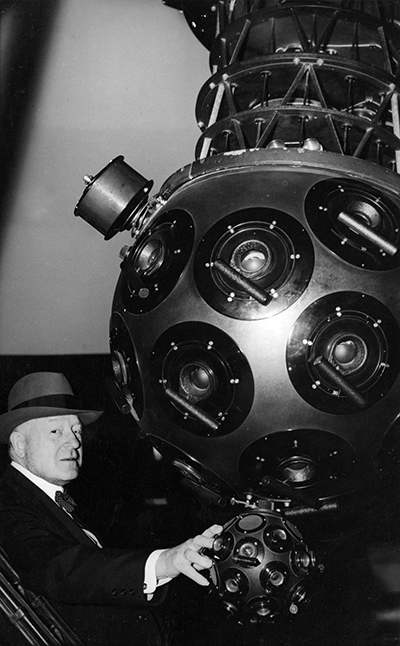 On leaving Chapel Hill, young Morehead promptly became a chemist for the Willson Aluminum Company, which his father and Thomas L. Willson had founded at Spray, hoping to exploit a new process for the production of aluminum. There James Turner Morehead installed one of the first electric arc furnaces in the United States and on 2 May 1892, while operating it, stumbled onto the first large-scale commercial means of producing calcium carbide, although this point has sometimes been disputed. The elder Morehead later explained: "I didn't know it was calcium carbide. Calcium carbide had never existed. I got a lump of the stuff [slaked lime and tar] about the size of a coconut, and when we put it in water, it gave off clouds of smoke. I didn't have any gas analyzing equipment, so I sent a piece down here [Chapel Hill] to Dr. F. P. Venable [chairman of the Chemistry Department], and he analyzed the gas and said it was acetylene gas. I analyzed and found we had calcium carbide." He said that Union Carbide had been "born at Spray."

Acetylene gas had been a laboratory curiosity for fifty years. Though Willson Aluminum failed to produce aluminum, it did perfect a practical aluminum alloy, but in 1892 the market for that was limited, nor was there a market for calcium carbide. When the company's operations were drastically curtailed, Morehead's father arranged for him to work in a New York bank. After a brief stay, John Motley went to Westinghouse Electric in Pittsburgh and was graduated from its "expert's course" in 1895. The next year Westinghouse placed him with Consolidated Traction Company of New Jersey.

Meanwhile, in 1894 Morehead's father and Willson had taken fruit jars of carbide to New York and had interested "some capitalists" in forming the Electro-Gas Company to exploit carbide and acetylene. They sold all except the chemical rights to calcium carbide for some cash and stock. Later they produced the first chromium alloy in the country and the first ferrochrome for armor plate steel just in time for the Spanish-American War. (Union Carbide bought out the Willson-Morehead electroalloys business in 1906.) In 1897 John Motley Morehead became associated with the American Calcium Carbide Interest as a construction engineer, supervising the building of plants for the manufacture of calcium carbide and/or acetylene gas in the United States and in various foreign countries. During 1899 he designed an apparatus for analyzing gases, which soon became standard equipment in industrial laboratories, and in 1900 he published his Analysis of Industrial Gases.

The Peoples Gas Light and Coke Company of Chicago had taken over Electro-Gas in 1898 and eventually formed Union Carbide. Morehead, while still serving as engineer for Carbide Interest, became chief chemist and engineer of tests for Peoples Gas Light and Coke and moved to Chicago in 1902. Holding both positions, he served as design and construction engineer in charge of the research and development of new processes. In 1910 he completed a course in acetylene welding and cutting at the German Government Imperial School for Machine Building, Cologne. 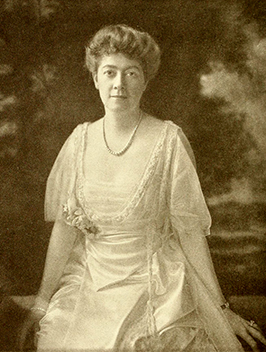 In 1915 Morehead married Genevieve M. Birkhoff. When the United States entered World War I, he volunteered and, although overage, was commissioned a major in the army. Detailed to the War Industries Board as chief of the Industrial Gases and Gas Products Section, he served under Bernard Baruch. On demobilization, he moved to Rye, N.Y., to be near the Carbide Corporation's laboratories at Niagara Falls and Long Island. In the event his services were needed to review the production of high explosives, he was retained in the reserve for five years.

Morehead served three terms as mayor of Rye between 1925 and 1930, when President Herbert Hoover appointed him minister to Sweden. There, in 1931, he was awarded the gold medal of the Royal Swedish Academy of Sciences, the only foreigner ever to be so honored. Also in 1931 he and his cousin, R. L. Patterson, presented the Morehead-Patterson Bell Tower to The University of North Carolina.

Morehead's wife died on 16 Apr. 1945 in Rye. In the same year he created the John Motley Morehead Foundation at The University of North Carolina. Envisioned were the Morehead Scholars Program, patterned after the Rhodes scholars of Oxford University; the Morehead Building and Planetarium; and the Genevieve B. Morehead Memorial Art Gallery. Morehead saw the foundation as a way to help make his alma mater one of the best universities in the nation.

On 11 May 1948 Morehead married Mrs. Leila Duckworth Houghton. Just a year later he presented the completed Morehead Building to the university. In 1961 he made an additional gift of 50,000 shares of Union Carbide stock to the Morehead Foundation, and his wife, Leila, who died on 22 Oct. 1961, left a bequest of $500,000. Other benefactions in the state included the Morehead stadium and chimes at the Tri-City High School, Leaksville-Draper-Spray [now Eden], and an endowment for the benefit of the Morehead Hospital, Rockingham County.

In 1964 he planned, had built, and gave to Rye, N.Y., a new city hall that he thought was more compatible with the colonial atmosphere of the city than the one projected, for which municipal bonds were to have been sold. He listened to the dedication ceremonies on 5 December by radio from his hospital bed where he was confined with a broken hip, the result of a fall while hurrying from his Union Carbide office to catch his train for Rye. He died a month later. As the major stockholder in Union Carbide, he left the bulk of his estate to the Morehead Foundation. He had no children.

In 1926 The University of North Carolina awarded him an honorary doctorate. Later he also received honorary degrees from Uppsala University in Sweden, Wake Forest, and Davidson.

A contemporary observed: "John Motley Morehead was a man who knew what he wanted and was persistent in getting it." His life exemplified his philosophy as he expressed it at the annual dinners with the graduating Morehead scholars, many of whom called him "Uncle Mot." Of his career he said, "Work is the main road to success," and of his fortune, "Money doesn't bring happiness, but it helps quiet nerves."