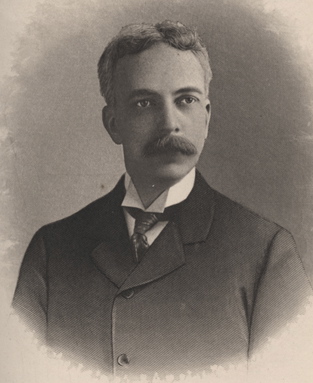 Emil Alexander de Schweinitz, biochemist, author, and educator, was born in the Moravian town of Salem, the sixth child and only son of Bishop Emil Adolphus and Sophia Hermann de Schweinitz. His ancestors on both sides were among the early founders and spiritual leaders of the Moravian Church in America. His grandfather, Lewis David von Schweinitz, was a clergyman and noted botanist. His father was administrator of the church's southern province and head of Salem Academy.

Emil Alexander began his formal education at the Moravian school in Salem. In 1877 he entered the Nazareth Hall Military Academy, a boarding school in Nazareth, Pa., where he was graduated at the head of the class within a year. From there he went to the Moravian College at Bethlehem, Pa., and took courses in classical studies. In August 1881 he transferred to The University of North Carolina, graduating in June 1882. That summer Schweinitz took courses in chemistry and mineralogy at the University of Virginia, and in September he reentered The University of North Carolina, from which he received a Ph.D. in 1885. During his last year in Chapel Hill he was an assistant professor of natural history. After earning his doctorate Schweinitz went abroad for additional study at the Universities of Berlin and Göttingen; he received a second Ph.D. at Göttingen in 1886.

Returning to the United States in late 1886, Schweinitz took a teaching position with Tufts College, near Boston, but left within a year to teach at the Agricultural and Mechanical College of Kentucky. In August 1887, at a professional convention in New York City, he met Dr. W. H. Wiley, head of the Bureau of Chemistry in the U.S. Department of Agriculture. Wiley, impressed with Schweinitz's credentials, secured him a job as a minor assistant in the Bureau of Chemistry. In April 1890 Schweinitz transferred to the Bureau of Animal Husbandry, where he remained until his death. In 1896, when a Biochemic Division was formed within the bureau, he was chosen as its first head.

Schweinitz specialized in the study of disease-producing bacteria, their formation, and methods of immunization against them. His attention was particularly directed towards hog cholera and tuberculosis, and he discovered the technique of injecting cows with human tuberculosis germs to give them immunity. During his career he published sixty-four scientific articles in three languages and represented the United States at a series of international medical congresses.

His service to the Department of Agriculture represented only one-half of his career. In 1892 he joined the faculty of the Medical College of Columbian (now George Washington) University as professor of chemistry and toxicology. Five years later he was elected dean of the Medical College. Under his direction the Medical School underwent tremendous growth over the next seven years, adding a University Hospital and all new medical school buildings. In recognition of his service, the university awarded him an honorary doctorate of medicine in 1898.