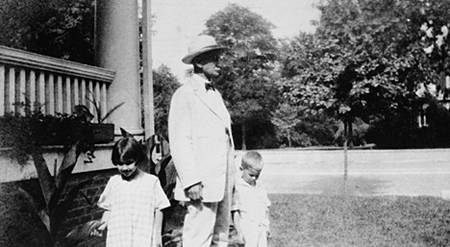 Miles Osborne Sherril, Confederate soldier and state librarian, was born at Sherrills Ford, Catawba County, the son of Hiram and Sarah Osborne Sherrill. On 27 Apr. 1861 he joined the Catawba County troops in anticipation of secession. Mustered in as a corporal, he was promoted to first sergeant in May 1863. In May 1864 he was wounded in the right leg and captured at Spotsylvania Court House, Va. After the amputation of his leg he was sent to Federal hospitals until October, when he was confined to the Old Capitol Prison in Washington, D.C. In December 1864 he was transferred to a prison in Elmira, N.Y., and held until his transfer to Cox's Wharf on the James River in Virginia for exchange.

With his return to civilian status in Catawba County, Sherrill became clerk of the superior court. He also represented his county in the General Assembly, serving in the house in 1883 and the senate in 1885 and 1893.

Sherrill's most significant contribution to North Carolina was as state librarian between 1899 and 1916. His administration of the library was an enlightened one. Suggestions and recommendations by him, some realized during his period of service, resulted in significant improvements. In 1900 he modified the system of classifying and cataloguing books, using the Dewey decimal system and by placing cards in a catalogue recording author, title, subjects, place and date of publication, and the location of each book in the library.

His biennial reports recorded progress in the publication of the colonial and state records under the editorship of Chief Justice Walter Clark. Sherrill lamented the lack of appreciation by North Carolinians of the publications of the state. He commented that the northern and western states showed more interest in their regimental histories of the Civil War than North Carolinians did. These, he said, contained records of the "greatest citizen soldiery the world has ever witnessed."

An interesting acquisition was recorded in the librarian's reports of 1906 and 1914. This was the private library of James Hassel, a North Carolina colonial official, which consisted of about 420 volumes. Located by Colonel Fred A. Olds in an abandoned house near Wilmington, the library apparently had been neglected for a century or more, and Lieutenant Commander Edwin A. Anderson authorized it to be transferred to the State Library. Hassel's bookplate was in many of the volumes together with autographs of former owners going back to the time of Christopher Gale, who died in 1735. One of the books had been published in 1695.

It was Sherrill who suggested the appointment of a state archivist or historian "whose duty it shall be to take charge of all the old wills, petitions, and letters now on file in the capitol which had been accumulating more than one hundred years and that same be arranged and properly labelled and that a proper place be provided for them where they can be 'come-at-able' when needed." He recognized the efforts of R. D. W. Connor and the North Carolina Historical Commission, assisted by Secretary of State Bryan Grimes, in preserving the sources of the state's history.

Sherrill consistently pointed out the need for larger and more adequate space for the library. In 1912 legislation was passed providing an appropriation and naming a commission or committee to investigate the possibilities for new quarters. In 1914 the pleas of the librarian were partially answered when the library moved into "handsome new quarters" in the state Administration Building. Located on the first floor, the library acquired new fixtures and equipment.

Sherrill married Sarah H. Bost in 1867, and they became the parents of seven children: Dr. J. Garland of Louisville, Ky., Mrs. S. L. Alderman of Greensboro, C. O. of Washington, D.C., E. G. of Greensboro, G. M. of Chicago, Russell G. of Raleigh, and Mary of Greensboro. Sherrill, a member of the Methodist Episcopal Church, South, was buried in Greensboro.