John Barham Spilman, business educator and college administrator, was born in Weldon, the son of Bushrod Washington and Helva Roxanna Barham Spilman. His father, a native of Westmoreland County, Va., was a merchant whose ancestral line has been traced to twelfth-century England. An uncle, Thomas Madison Spilman, was a noted commission merchant in Washington, D.C., in the last half of the 1800s. His brother, the Reverend B. W. Spilman, was a renowned clergyman and Sunday school pioneer in the first half of the twentieth century.

John Spilman attended elementary and secondary schools in Weldon and Garysburg and was graduated from Horner Military Academy, Henderson, in 1886. That fall he entered Wake Forest College, from which he was graduated with a bachelor of science degree in 1890. His college days were marked by many campus activities, principal of which was his membership in the literary society, where he distinguished himself as a debater and declaimer. In his second year he won a gold pin (first prize) for his declamation, "Israel's Political Redeemer." 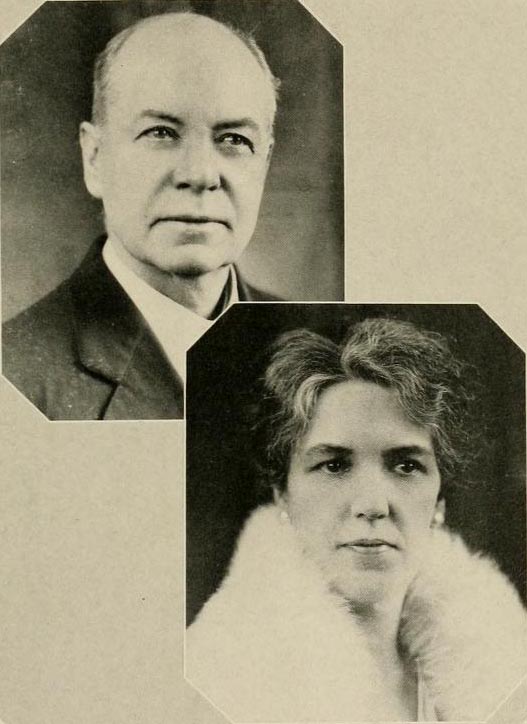 For the ten years following his graduation from Wake Forest, Spilman lived in several states and held a variety of jobs. He went first to Tyler, Tex., and completed a course at Draughon's Business College, receiving a certificate in business administration. For two years (1891–93) he taught school in Starrville, Tex., and then went to Oakwood, Tex., where for two more years (1894–96) he was manager and bookkeeper of a drugstore owned and operated by Dr. E. P. Murdock. Early in 1897 he returned to North Carolina and taught during the spring semester at Southport Collegiate Institute. At some time during the year he taught two terms at Glen Alpine School, Burke County, and one term at the Raleigh Male Academy. Spilman then taught in Smyrna (1897–98) and Beaufort (1898–99), before becoming superintendent of schools in Beaufort (1899–1901). Subsequently, he was superintendent of schools in Lexington (1902–4) and business manager of Draughon's Business colleges (1904–12), with headquarters in Nashville, Tenn.

In September 1912 he went to Greenville to be the first business manager and treasurer of East Carolina Teachers' College (now East Carolina University) and served with distinction until his death. On his arrival, the college was in its fifth session, and it fell to Spilman to plan and supervise construction of the campus through its formative years. Many new buildings and student service facilities were added. The day-to-day operation of the school within the limits of the state budgetary funds was his sole responsibility. They were twenty-four years (1912–35) of stringency that demanded careful attention to fiscal matters, but officials at East Carolina praised Spilman's business acumen and his intelligent, cooperative handling of the institution's business affairs. In representing the college, he always enjoyed a cordial relationship with the state legislature and state officials.

The Administration Building on the campus was named for Spilman (15 May 1966), and an oil portrait painted by Georgia Pearsall Hearne was hung in the first floor corridor of the building. Early in 1936 East Carolina president Dr. L. R. Meadows told the campus assembly that his longtime associate had been "a sympathetic man of understanding . . . an excellent story teller . . . capable . . . lovable . . . a thorough gentleman." Both the faculty and the student body published resolutions of respect and appreciation. The college annual, Tecoan, had been dedicated to him in 1932. He was also elected to the East Carolina chapter of Kappa Alpha fraternity (educational).

Spilman's community involvement was limited because of his close attention to detail at East Carolina. But while in Lexington he had been especially active in Masonry, serving as master of the lodge, which later hung an oil portrait of him in its convocation hall. In Greenville he concerned himself with helping staff and faculty obtain residences. Much of the area in and around the campus was procured, with no personal profit, to be available to those who wished to build their own homes.

On 22 Dec. 1917 he married Johnetta Webb, a native of Chowan County and a teacher in the Greenville public schools. They had three children: John Barham, Jr., Frances Webb (Mrs. Hugo Facci), and Bernard Webb, who died in service in 1942 during World War II. A member of Memorial Baptist Church, Greenville, Spilman was buried in Greenwood Cemetery.