David Stathem Weaver, educator and agricultural leader, was born in Westwood, Hamilton County, Ohio, the son of Samuel Alvin and Clara Stathem Weaver. He was educated in the public schools of Cincinnati, Ohio, and, with time out for service in World War I, was graduated from Ohio State University in 1920. From 1920 to 1923 he was assistant professor of agricultural engineering at Mississippi A&M College. 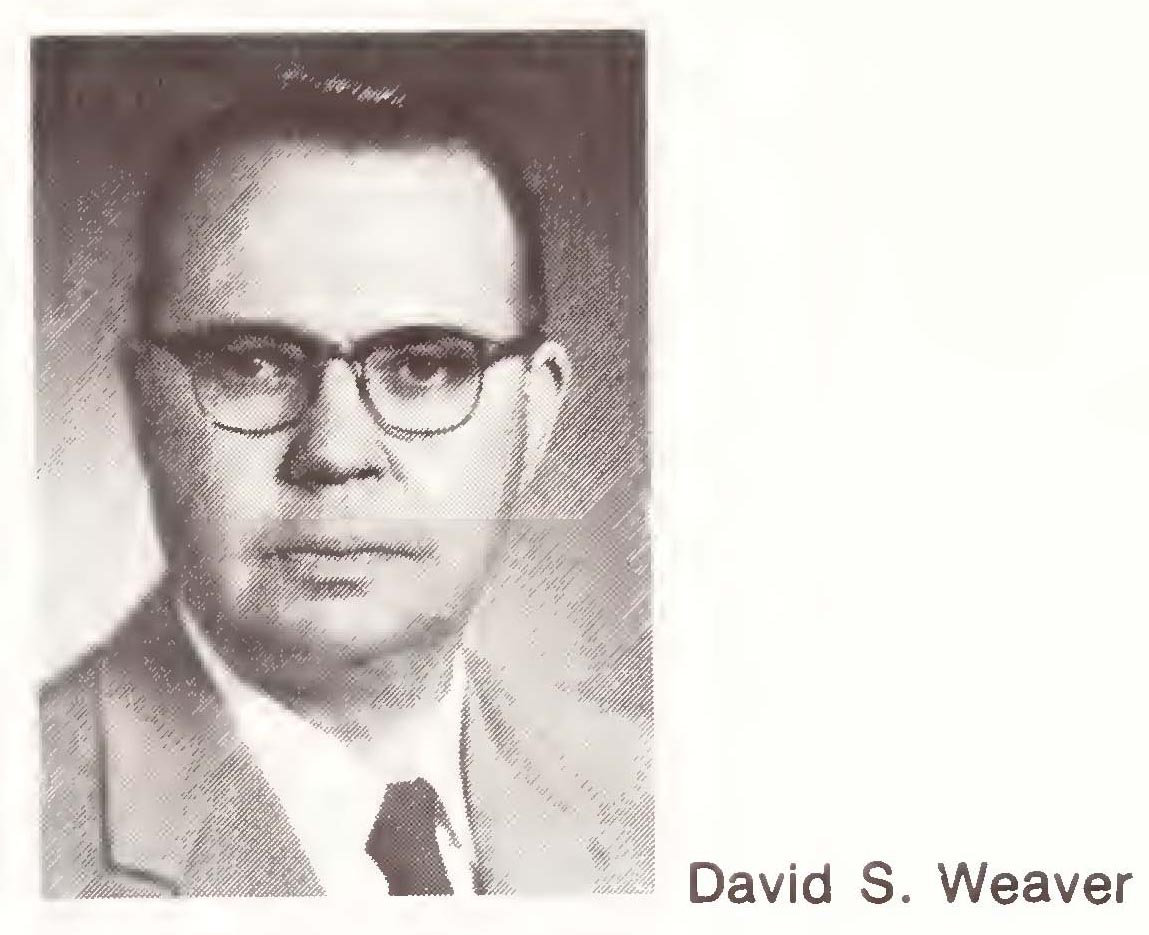 In 1923 Weaver began teaching at the North Carolina State College of Agriculture and Engineering while working on a master's degree in agricultural engineering. After receiving his degree in 1925, he remained on the faculty, rising to the rank of professor by 1936. In 1936–37 he was principal engineer for the Federal Rural Electrification Administration in Washington, D.C. In this position he continued work that he had already begun in North Carolina and completed the first statewide electrification surveys. Weaver returned to North Carolina State College in 1937 as head of the Department of Agricultural Engineering. He maintained his association with the Rural Electrification Administration, serving as secretary and sometime chairman through 1963. During the period 1937–48 he was also a specialist in charge of agricultural extension work.

He became assistant director of the Agricultural Extension Service in 1948. Succeeding I. O. Schaub as director in 1950, he served in the post until 1961. For two years afterwards he was special assistant to the dean of the School of Agriculture and Life Sciences at North Carolina State University.

David S. Weaver was the author of a number of articles on agricultural engineering topics that appeared in professional journals. He also wrote Agricultural Experiment Station Bulletins concerned with soil and water conservation and with the use of electricity on farms. Throughout his career he was especially interested in improving the productivity of human labor on farms through rural electrification and through the more efficient use of farm machinery. Weaver became interested in the use of electricity on farms at a time when electricity was thought of primarily in terms of illumination. His work in this area, which led to his being called "the father of rural electrification in North Carolina," influenced both national and state programs in the development of rural electricity use. He served on numerous governmental committees dealing with another of his concerns: soil and water conservation.

Weaver married Gertrude Marie Brickman on 10 Oct. 1919, and they had three sons—David, Jr., Donald, and Samuel Alvin. He died in Philadelphia while on his way to New York to make a speech on agricultural developments and was buried in Montlawn Cemetery, Raleigh.