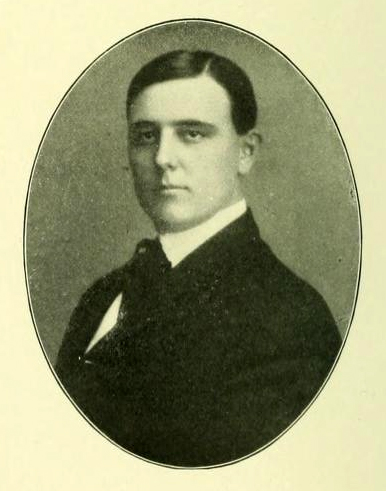 Samuel Clay Williams, lawyer and tobacco magnate, was born in Mooresville, the son of Thomas Jefferson and Willie Ada McCulloch Williams. He attended the local schools and then entered Davidson College. Elected to Phi Beta Kappa, he was graduated from Davidson in 1905 with a B.A. degree and from the University of Virginia in 1908 with an LL.B. degree. On 18 Oct. 1941 Davidson College conferred on him the LL.D. degree. Clay Williams was big physically (six feet two inches tall) and found enough time from his law studies to enjoy his position as guard on Virginia's varsity football team. He was admitted to the North Carolina bar in 1908 and practiced law in Greensboro as a member of the firm of Sapp and Williams (1908–14) and Brooks, Sapp, and Williams (1914–17).

In 1917, at Richard J. Reynolds's personal invitation, Williams moved to Winston-Salem to become assistant general counsel for the R. J. Reynolds Tobacco Company. He subsequently was general counsel (1921–25), vice-president and general counsel (1925–31), president (1931–34), and vice-chairman of the board (1934–35). He was chairman of the board from 1935 until his death fourteen years later. As head of one of the nation's largest tobacco companies, S. Clay Williams became the spokesman for the entire tobacco industry during the New Deal years. He engineered one of the New Deal's first successes: the tobacco marketing agreement of 1933. He was made chairman for industry on the National Labor Board (1933–34) and served on the U.S. Department of Commerce's Business Advisory Council (1933–49; chairman, 1934).

In September 1934, after much urging, President Franklin D. Roosevelt persuaded him to become chairman of the National Industry Recovery Board, and in this capacity S. Clay Williams served as head of the National Recovery Administration. The contrast between the former chief of NRA—the flamboyant, publicity- and power-seeking General Hugh S. Johnson—and the calm, dignified, reserved Williams was startling to Washington observers. The quiet efficiency with which Williams handled his duties, his impeccable conduct, his devotion to his church (Presbyterian), his belief in giving a full day's work, his thoughtful courtesy towards all with whom he came in contact, his lack of political ambition, his noblesse oblige attitude towards public service—these characteristics confused and confounded many of those whom Williams met on the national scene. And they misread him.

Although considered progressive and ahead of his time, especially regarding workers' benefits in the tobacco industry, he did not go as far as some labor leaders desired. The American Federation of Labor fought him as the symbol of big business interests and urged Roosevelt to fire him as head of NRA. The president refused. In March 1935, at the end of his six months' leave of absence from the Reynolds Tobacco Company, Williams asked President Roosevelt to accept his resignation so that he might return to his business and to his family. A Democrat in politics and a liberal in the best sense of that word, Williams remained a personal friend of the president. He served as trustee and member of the executive committee of the Infantile Paralysis Foundation from 1936 to 1946.

On 23 Nov. 1910 Williams married LuTelle Sherrill of Mooresville, and they had two children: Margaret Sherrill (Mrs. Thornton H. Brooks) and Samuel Clay, Jr., M.D. In the late 1920s Williams built a country home, Willsherr Lodge, in Davie County on a large farm bordering the Yadkin River, approximately twelve miles from Winston-Salem. He sold his house on Fifth Street but kept a suite of rooms in town at the Robert E. Lee Hotel, where the family lived during the gasoline shortage of World War II. Unless he was away on business, each Sunday morning found Mr. and Mrs. Williams in their accustomed pew at the First Presbyterian Church, where he also served on the church boards. Fortune magazine called him the "Squire of Willsherr"; Winston-Salem friends referred to him as one of their "gentlemen farmers." He raised thoroughbred Red Poll cattle on his model farm on the Yadkin, and his herd was reputed to be the largest and best of this breed in the nation.

On the day of his death Williams had been to his office at R. J. Reynolds as usual. Late that evening he suddenly became ill at his country home and died immediately, apparently of a heart attack. He was buried in Green Hill Cemetery, Greensboro.

Always active in community affairs, Williams served on boards of organizations like the Winston-Salem Chamber of Commerce, YMCA, and Community Chest. He made numerous generous financial gifts to institutions such as hospitals and colleges throughout the state. He was a trustee of Davidson College; trustee and member of the board and executive committee of the National Industrial Conference (chairman of the board, 1943–44); trustee of the U.S. Section, Inter-American Council of Commerce and Production; director and vice-president of the National Association of Manufacturers, 1936–39; and director of the U.S. Chamber of Commerce, 1937–39. Other memberships included the National Council of the Boy Scouts of America, Academy of Political Science, American and North Carolina State Bar Associations, Society of the Cincinnati, Newcomen Society of England, Omicron Delta Kappa, Delta Sigma Rho, Phi Delta Phi, and Beta Theta Phi. His directorships included the American Telephone and Telegraph Company, Security Life and Trust Company (now Integon), and Piedmont Aviation. His clubs were Winston-Salem Rotary, Twin City, Forsyth County, Sedgefield Country, and Congressional Country and Jefferson Island of Washington, D.C.