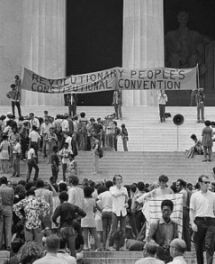 In North Carolina, Greensboro had some Black Panther adherents, and Charlotte supporters formed the Afro-American Unity Organization, which failed to receive official recognition by the Oakland party headquarters. Benjamin 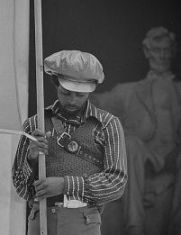 Chavis, a future defendant in the Wilmington Ten case, served as an officer in the short-lived Charlotte organization. It was Winston-Salem, however, that became home to the state's most organized Panther chapter, which operated a Free Breakfast for Children program; provided free clothing, free ambulance service, and classes in black consciousness; and held small rallies to promote its causes. The Winston-Salem office also established a satellite Community Information Center in nearby High Point, where a local police officer was wounded during a gun battle in February 1971.

Wherever it settled, including in Charlotte and Winston-Salem, the Black Panther Party attracted the heavy scrutiny of the Federal Bureau of Investigation. The bureau did not close its counterintelligence program files on the Black Panthers in North Carolina until the mid-1970s. By then, the Winston-Salem chapter, like many other Black Panther affiliates nationwide, was badly hampered by lack of funds, internal dissension, and the incarceration of its members.