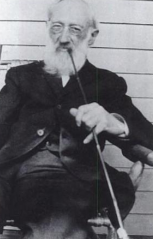 Kinston College, a private coeducational college preparatory school, began in 1871 as Kinston Collegiate Institute and retained that name for the next 11 years. Founded by Joseph H. Foy, the school enrolled more than 100 students by the end of its first term. Future North Carolina governor Charles B. Aycock attended the school and delivered its commencement address in June 1879. The school was reorganized in the spring of 1882 when the Kinston College Stock Company was formed by a number of leading citizens. After $3,000 worth of stock was sold, a lot on Kinston's East Street, between King and Caswell Streets, was purchased and a building was begun. In September 1882 the school opened as Kinston College, with Richard H. Lewis as principal. 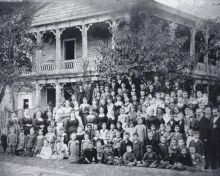 Apparently experiencing financial difficulties, the institution was reorganized in 1891 by Professors W. B. Lee and J. L. Crowell (brother of Trinity College president J. F. Crowell), who bought the property and served as coprincipals. Kinston College was described as a high-grade school offering intermediate and primary instruction as well as high school courses. The school opened in August 1892 with 74 students; enrollment rose to 102 before the end of the first year. In June 1892, Lee wrote a lengthy article for the local newspaper recounting the school's first year under new management. The article mentioned continued financial difficulties and sought fiscal support from the town to erect accommodations on campus for between 75 and 100 boarding students. There is no evidence that the town provided any money to the college for this purpose.

As of the fall of 1893, the school was again under new management, with D. T. Edwards now the principal. Just how long the school continued to exist is unknown. It is last mentioned in the local newspaper in the spring of 1894. With the growing efforts placed on local public schools at that time, it is likely that Kinston College's demise came soon after.

Mike Kohler, 200 Years of Progress: A Report of the History and Achievements of the People of Lenoir County (1976).