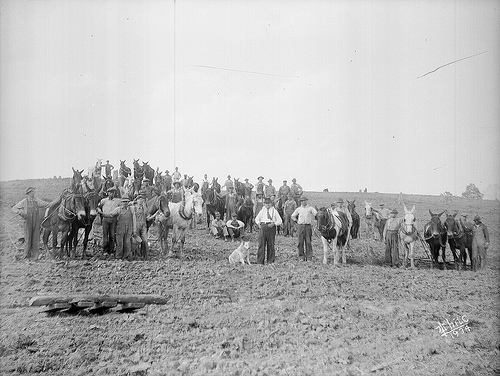 The Live-at-Home program, inaugurated in December 1929, had as its goal the complete agricultural self-sufficiency of North Carolina. Sponsored by Governor O. Max Gardner in conjunction with North Carolina State University, the Department of Agriculture, and the Agricultural Extension Service, the program encouraged farmers to lessen their emphasis on commodities and increase the production of food, feedstuffs, and livestock products necessary for year-round family and farm consumption. As rural people became self-sufficient, they would take any surpluses to local towns and cities-selling at "logical markets" rather than growing for export. Gardner argued that North Carolinians wasted money to import agricultural goods that might have been produced at home. Ultimately, he sought "ways of improving farm conditions and rural life in North Carolina" in the wake of impending economic disaster attributed to ever-increasing tobacco and cotton acreage and steadily declining prices.

In December 1929 Gardner invited about 200 editors from newspapers across the state to a Live-at-Home dinner. The dinner proved successful as daily and weekly papers subsequently made a great effort to publish Extension Service material on the Live-at-Home campaign. North Carolina agricultural agencies further promoted the program statewide and locally. Extension Service county agents demonstrated methods of increasing corn yields to feed livestock and organized livestock clubs for breed improvement and community meat sharing. Women extension agents, through Home Demonstration, encouraged farmwives to grow vegetables and fruit and can them for home use.

In a 1932 circular titled "North Carolina's Live-at-Home Program Worth Fifty-five Million Dollars," which reviewed the program's three years of operation, Charles Sheffield, assistant director of the Agricultural Extension Service, pronounced it an overwhelming success. According to the evaluation, farmers working under the Live-at-Home program were closer to satisfying the food needs of the state than in any other year since World War I. But the Extension Service stopped short of claiming total victory; it cautioned farmers not to overlook their "first duty-to make a living, and then grow a combination of cash crops"-should the price of tobacco and cotton gradually return to a respectable level.